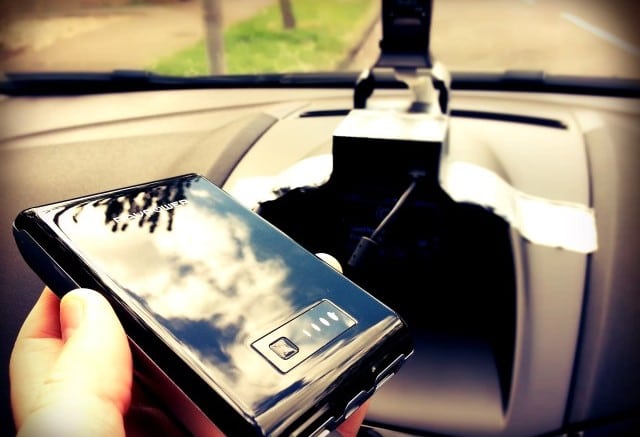 The RAVPower Element power bank - ready to fuel my Pi

In Part 3 I showed you how I created a time-lapse video simply using Terminal commands to capture the images from the camera module, and a Windows machine to compile into a video.

I intend to make a 5th part in this series covering the latest slow motion capabilities of the camera module, but for now I thought it would be interesting to show you a few better examples of the time-lapse function outside of the home.

I previously had logistical limitations to the scope of my time-lapse videos, with no way of powering my Raspberry Pi without a plug being within reach. All that has changed this week as just like Snap…I’ve got “The Power”.

Enter my latest purchase – An Element power bank from RAVPower. 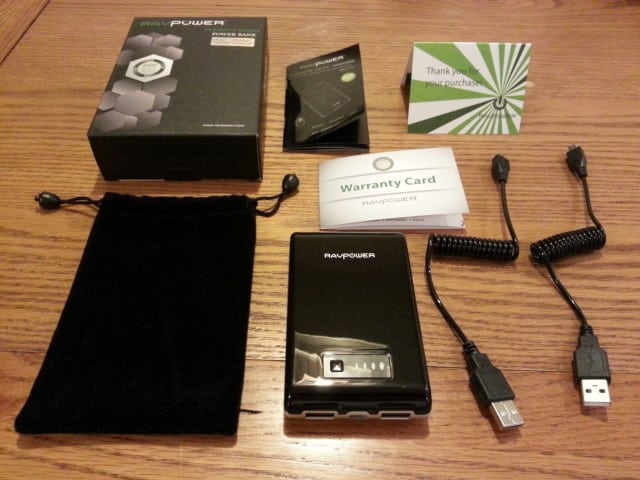 This glossy black number currently costs around £20 from Amazon and packs 10400mAh of fruit juice (aka Raspberry Power!). The package comes complete with a storage bag and 2x USB to micro-USB cables.

The power bank offers 2 USB power ports – 1x 1 Amp and 1x 2 Amp. I’ll be using the 2 Amp port for the Pi, to make sure it gets everything it needs to power the camera module and USB network dongle.

A handy button is situated on the front which, when pressed, lights up 4 LEDs on the front to indicate the remaining charge in the unit. The power bank is charged via a micro-USB connection, the same as my phone (no messing around with specialist cables here!).

Clear, simple and easy to use

The Element packs a massive 10400mAh capacity which will give more than enough to make any kind of timelapse video. To figure out how long it might last, a quick search on the Raspberry Pi forums gave me the following formula:

So nearly 15 hours on the go is available – although that assumes no Pi activity or attached devices. Even if it’s a few hours short of that with my peripherals, that’s plenty enough for my needs and I can easily do half a day of footage with that!

Motorway Time-Lapse
To test out the setup, I thought I’d take advantage of the usual Bank Holiday journey to my mums house in Southampton as the recent weather hasn’t been predictable enough to venture out to the beach for a nice sunrise shot.
I attached my Pi Pod case to it’s matching Raspberry Pi case, using the worlds #1 tool – Duct tape! I then attached this to the dash in the same way:

Classy use of Duct tape…

The journey is usually around 2.5 hours but this weekend was busy as you would expect and went on for a good 3+ hours. Gotta love the Bank Holiday traffic!
I ended up just filming the return journey – and foolishly set the Pi to take snaps for just 3 hours, which cut off the last 20 minutes of my drive (not a big deal for this test). Safe to say the power bank had no issues fuelling the Pi for just 3 hours – i’ll put it through a greater test soon.

I compiled the shots using VirtualDub as before – 15 FPS this time – and you can see the end result video below complete with rain and wipers!
I’m still working on getting a Python script to control the camera module – so far it’s been nothing but failure but I don’t give up that easily! After that I’ll be doing a fifth part in this series covering slow motion shots, hopefully at hockey training.

Want one? Get your own RAVPower Elements power bank from Amazon.

Be the first to comment on "The Raspberry Pi Camera Module: Part 4 – Mobile Time-Lapse Video"