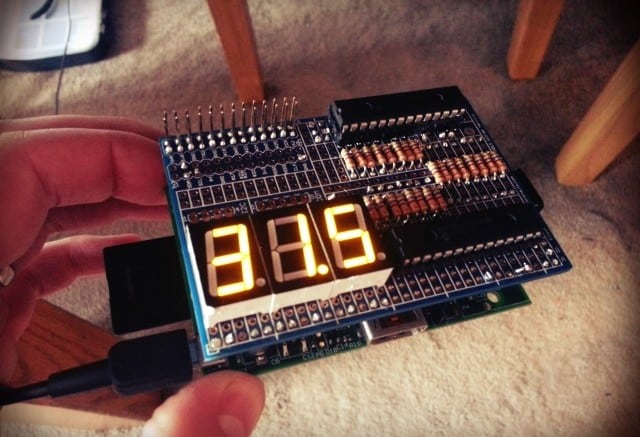 In Part 1 I showed you how to make a prototype of my Raspberry P 7-segment display temperature monitor board – if you missed that, head back to that post and take a look – it includes a detailed tutorial video on how to put it all together.
In this part, I’ll show you the add-on board that I created using the exact same circuit and parts, all on a Pi-sized EZasPi board from Mikronauts. It fits directly on top of my Raspberry Pi and allows me to keep an eye on the temperature without having to SSH or similar.
My temperatures seem to be fine 99.9% of the time – but what a great bit of geek-chic hardware for the home either way!
Video of the board
Here’s a short video of the board to give you an idea of what it looks like once complete:
The EZasPi Board
This project is built on an EZasPi board from Mikronauts. I chose the EZasPi PCB as the base as it has a huge prototyping area made up mostly of ‘lanes’ of connections. These lanes are ideal for connecting ICs and other parts with legs.
Here’s the top board before I started soldering – check out all those connection options: 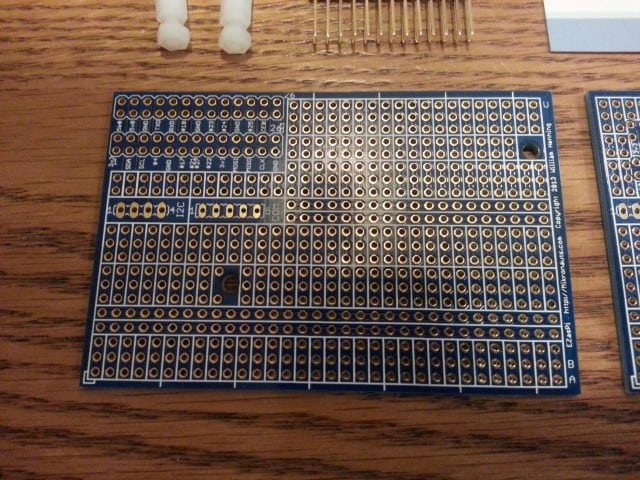 Another interesting feature of this system from Mikronauts is the optional lower board that is available. A second board, connected via the P5 header on the Raspberry Pi, can simply be added below the Raspberry Pi creating a sandwich of prototyping options: 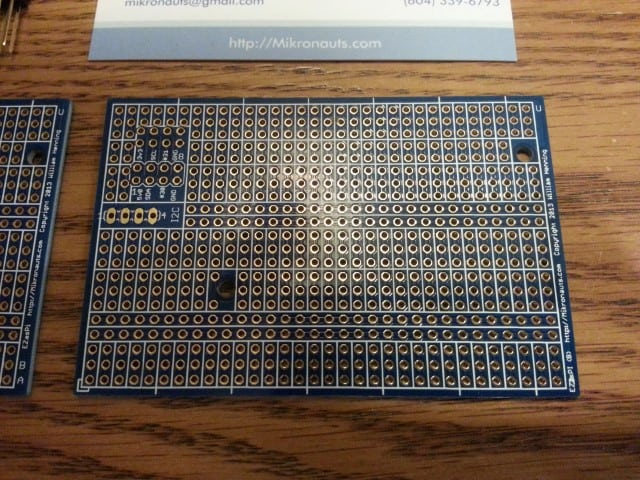 Very much like the upper board, just connected with the P5 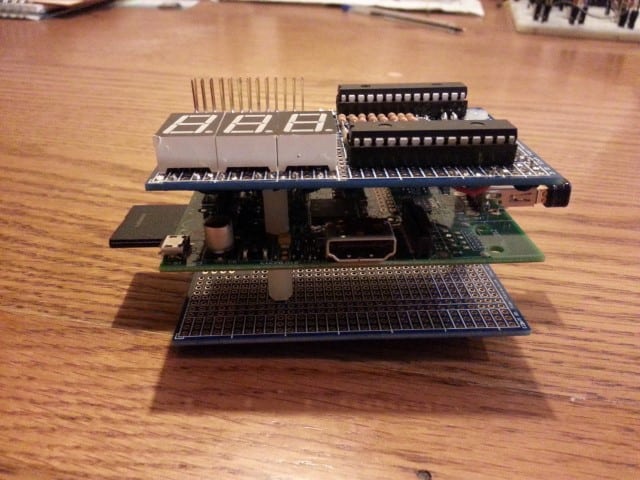 The boards sandwich the Raspberry Pi with potential!

I’m not using the lower board in this project, but i’m going to work out a project that can use this unique setup. If you have any suggestions, comment below or send me a tweet.
Creating the board
It would have been quite difficult to write a step by step guide, mostly due to the number of connections to solder and the steps involved – so i’ll just run you through some of my though process for successfully creating a board like this. Remember, all I’ve done here is transferred my breadboard prototype to a more permanent design – all it takes is a good bit of planning, a lot of patience and a few burnt fingers!


Using the PCB Lanes
As i’ve mentioned above, the large number of lanes on the EZasPi PCB can make your life a lot easier when creating this project – especially compared to something like perfboard. The lanes allow you to solder the leg of a part at one side, and then solder a connecting wire the other side, without having to mess around bridging connections – just like with the MCP23017 in the picture below: 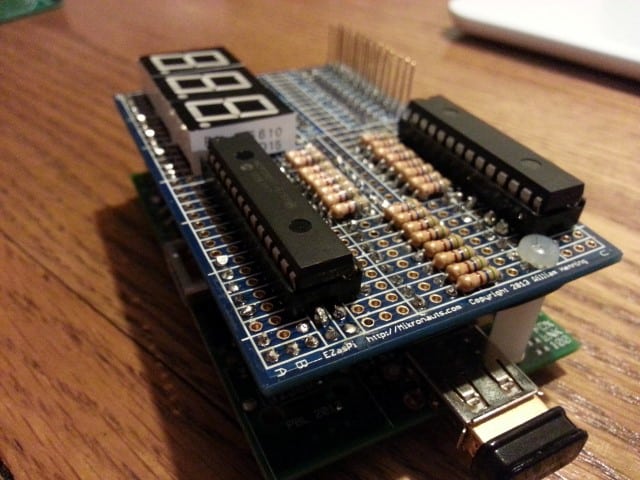 PCB Layout
Whilst some of this design was made up as I went along, one thing I had to get right was the layout. I needed to make sure everything had enough space to be connected to the board and other components, including breakout lanes for power and ground lines. I spent a bit of time trying the 7-segment displays and IC chips in different positions, trying to figure out the option that would require minimal soldering/wires whilst keeping things symmetrical. 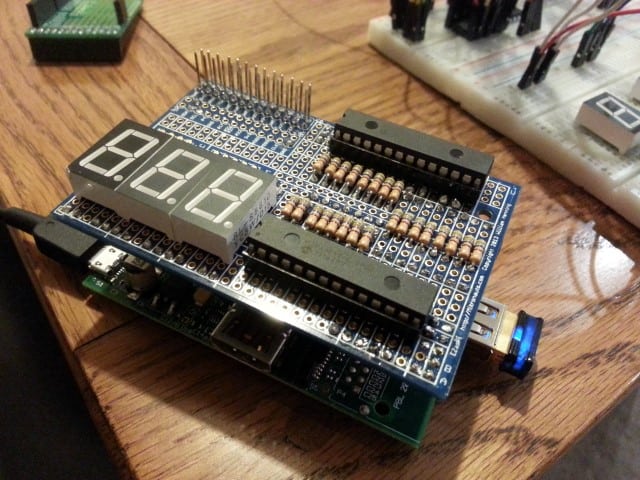 Getting the layout right was a key factor for success

Keeping it tidy
One thing I couldn’t avoid was the amount of wiring needed to connect the different components together. As the board was going to be looked at regularly, and also be a bit of a display piece, I needed to keep the top section as tidy as possible. To do this, I made the connections on the underside of the board using thin wire to keep things low-profile: 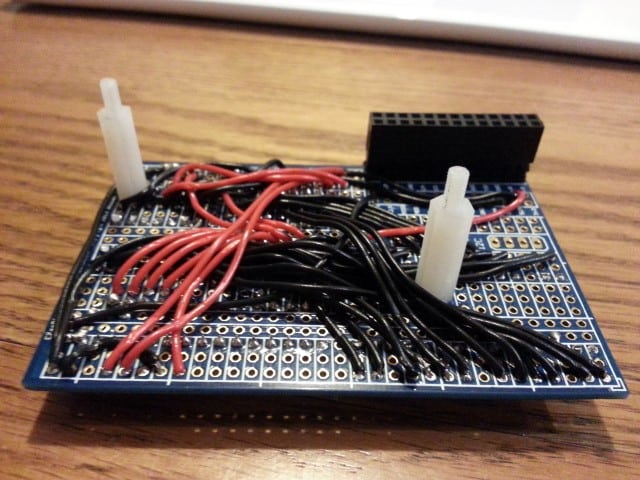 A bit messy, but not visible when fitted

Coding the display
As this circuit is exactly the same as my prototype in part 1, the code is exactly the same as well. Head over to Part 1 for some example code you can use with your prototype.
So that’s my Raspberry Pi 7-segment display temperature monitor board. If you have any questions or need some help with your prototype, just leave a comment here or find me on Twitter.