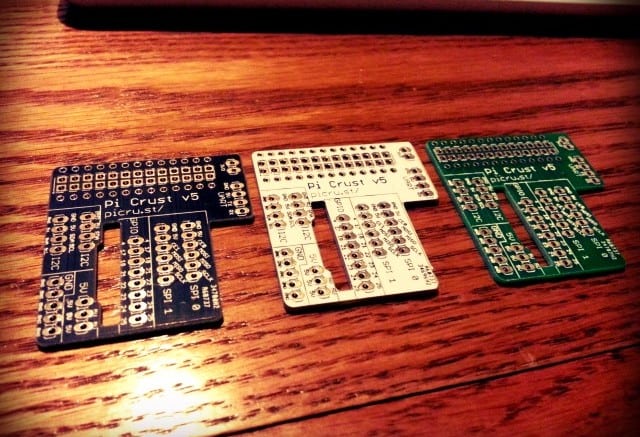 I hit 300 followers on Twitter this week, so as a bit of a milestone celebration I’m running a Twitter competition to win one of my limited edition Pi Crust PCBs:
The Pi Crust is a great breakout board for the Raspberry Pi, created by Joe Walnes and released open-source. It has a unique design of sitting very low to the Raspberry Pi board, keeping things tidy and saving a lot of space.

I found a cheap PCB house that I wanted to try, as I had not gone through the process of ordering PCBs before – so decided to use the Pi Crust as my test subject! The fun part of this little experiment is that they offered boards in black, white and green – colours I’ve not seen the Pi Crust printed in before. 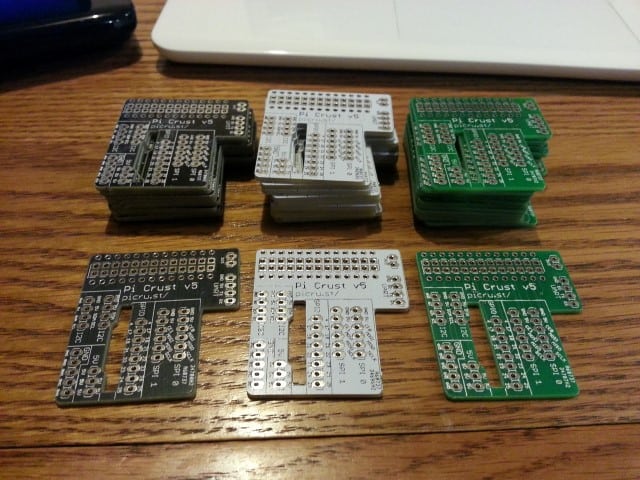 Plenty to go around…there will be more chances to win

Want one? Well you’re in luck – I’m running a Twitter competition to give you a chance of owning one of these limited edition boards.

To enter, all you need to do is click the tweet button below to retweet me on Twitter with the tag #AverageCrust, and you’ll be in with a chance of winning a board in the colour of your choice.

Competition closes and winner announced at 8pm, Friday 16th May 2014.

Congratulations to my 3 lucky winners….or should I say 6? As Friday was a lovely sunny day, I decided to add 3 more winners as a little surprise and a kick off to what should be a great weekend. The winners are:

Be the first to comment on "Win a Pi Crust PCB for your Raspberry Pi!"