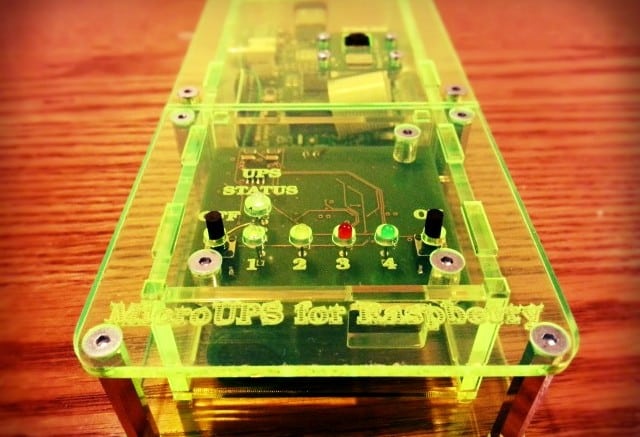 After discovering Kickstarter last year, I’ve become a bit of a crowdfunding fanatic and have found loads of similar sites offering new and unusual products.


One of these is IndieGoGo which has been running since 2008. A few weeks ago I came across a project called MicroUPS, an Uninterruptible Power Supply case system for the Raspberry Pi and other similar boards.


I got in touch with one of the designers, Marek, and managed to arrange for an early prototype to be delivered for me to take a look at and share with my readers.


A week later, I received the bright ‘acid green‘ case along with its fellow bits and bobs ready for me to assemble and try out. Let’s take a look…

What’s an Uninterruptible Power Supply?
An uninterruptible power supply (or ‘UPS’) is “an electrical apparatus that provides emergency power to a load when the input power source, typically mains power, fails” (thank you Wikipedia). So in a nutshell, if your power supply fails, a UPS takes over with its own battery without any gap in between, meaning your device (Pi) doesn’t notice and keeps running. You then have a bit of time to fix your power issue.


Why would I want one?

A UPS for the Raspberry Pi is quite a relevant concept when you consider some of the popular projects out there that rely on consistent 24/7 power – webservers, time-lapse photography, VPNs, NAS setups, RaspBMC media centres and so on. Losing power with any of these applications could cause anything from an inconvenient annoyance to full SD card corruption and loss of data.

Here are a few examples:


The MicroUPS
Got a Raspberry Pi and want a UPS? This where the MicroUPS comes in…


The MicroUPS is a case + UPS system designed specifically for a number of development boards. There are a load of different case size/colour and battery options – I chose the ‘acid’ green Raspberry Pi + UPS case with a single-cell battery: 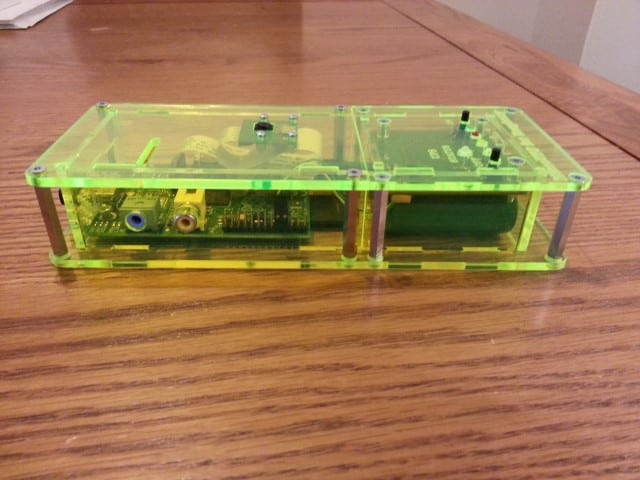 The case comes ‘Ikea style’ ready for you to put together. Assembly is much like other cases on the market, requiring you to snap together panels and tighten a few screws. Once complete, you can opt to stand the case up tall, on its side, or flat on its back:

The Pi section can also be stripped down to just the mounting base, in case you want full access to your Pi for example: 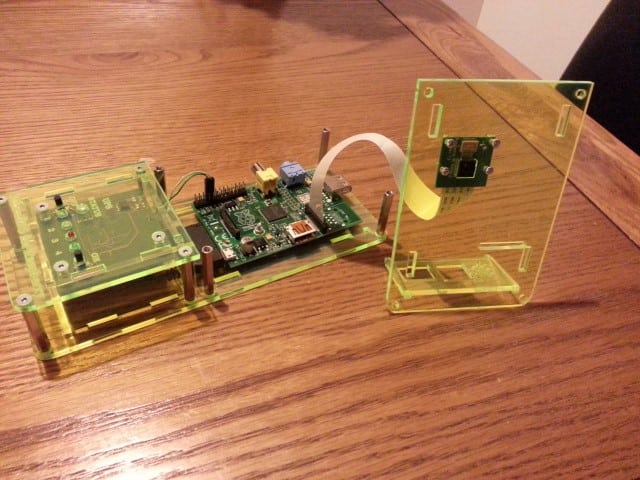 A couple of nice touches here are the solid metal standoffs holding the case together, and the countersunk design for the screws, giving the whole thing a cleaner look: 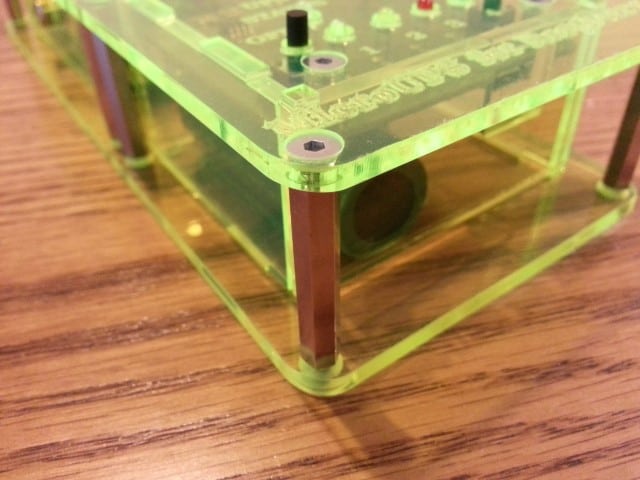 The case has all the usual port holes to access HDMI, Composite etc. On top, my version comes with the optional mounting section to attach your Raspberry Pi camera module, which comes with the fixings required. 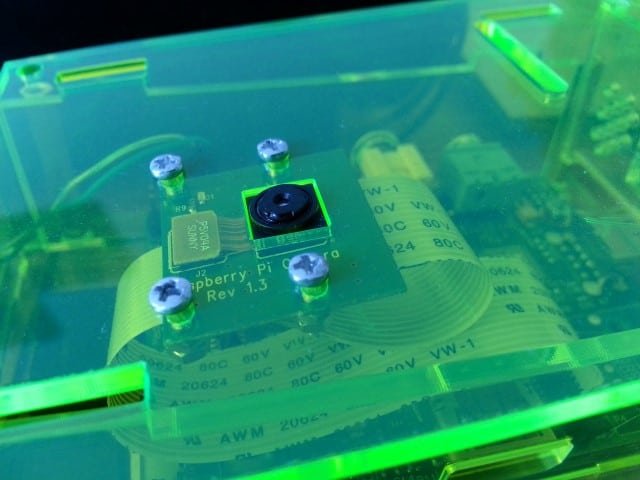 The camera mount option is a simple yet handy add-on

The UPS section has cut outs for the LEDs and buttons, as well as etched/lasered labels for all of the parts. I’ll cover this section in more detail in a moment.

It’s worth mentioning that there are mount holes in place for securing your Pi, although you could probably get away with putting a Rev1 board in here.

So, how does it work? Here’s a short video I made to show you it in action:

As you can see, it does its main job of keeping my Pi powered up when I disconnect the mains. My case option comes with a 1500mAh single-cell battery – enough juice to cover the Pi while I sort out any power problems.

I can turn on my Pi by simply hitting the ‘On’ button, and turning off is as simple as pressing ’Off’ – it works ATX-style and runs the shutdown script for me – so I don’t need to do this manually using Terminal or the GUI.

The UPS Status LED keeps us informed of what’s going on using two different colours. Green means the Pi is being powered by mains and red means it’s running on the backup battery. 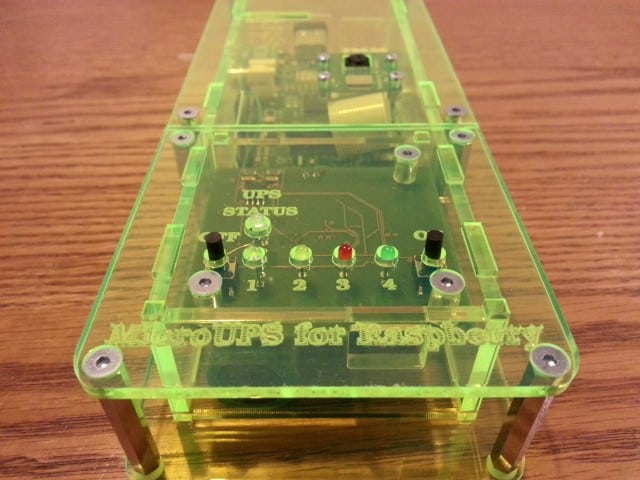 The four other LEDs are there for the user to play with. You could incorporate these into a Python script for a project, or just command them via Terminal – it’s up to you.
During all of this, Terminal posts information each time we do something – made possible by the code/package that comes with the MicroUPS. You can even run commands that tell you how much battery charge is remaining, current status and more.
I found the unit to work very well, always keeping the Pi stable when removing power.
One thing worth mentioning is that Marek is already working on an updated version. I haven’t seen it yet, however he tells me the LEDs will be smaller and sunk into the design, along with a few other improvements to enhance the design.
Summary

If you use your Pi for a 24/7 application, store important data on your SD – or simply get the hump with power issues – a UPS solution is definitely something to look in to.

The MicroUPS does a great job of this for the Raspberry Pi, housing everything you need in a single case with cool colours and handy control buttons, protecting your Pi from a lack of juice.

Want one? Go to MicroUPS.net

The MEKIT Pi Plate from The Little British Robot Company