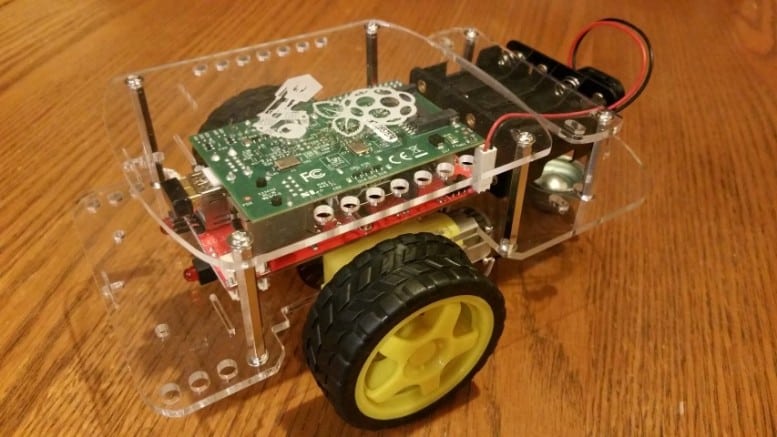 This week I’ve been playing with the GoPiGo – a robot car kit for the Raspberry Pi.

Having reviewed a couple of Raspberry Pi robot kits previously, the friendly folks over at Dexter Industries got in touch keen for me to take a look at their Kickstarter success story – the GoPiGo.

With the other robot reviews I’ve written, I’ve found that the various Pi robot kits all seem to offer a different set of features and benefits depending on what you’re after. This is good news for us consumers as it creates competition and plenty of options for different needs.

The GoPiGo adds another option to the popular robot scene, offering some unique features in a familiar shape and size, with a Kickstarter story behind it as well.

I’ve had some fun building and using the robot over the last 7 days, so let me show you around this little chap – oh and get this – you can WIN an entire GoPiGo kit as part of this blog post! Keep reading to find out how…

My GoPiGo story started with a friendly email from John over at Dexter Industries.

If you haven’t heard of them (where have you been?), they’re a company based in Virginia in the USA, who started out selling Lego Mindstorms kits and accessories, and gradually moved over to Arduino and Raspberry Pi products.

I already knew of John and the company from listening to the interview over at RasPi.Today.

John got in touch asking if I’d like to check out their GoPiGo kit – a complete robot package for the Raspberry Pi, which of course I accepted! So, let’s take a look…and don’t forget, this is up for grabs as well to one lucky subscriber!

What’s in the box?

Inside this box, is everything you need to help your Pi escape a life of stationary misery! 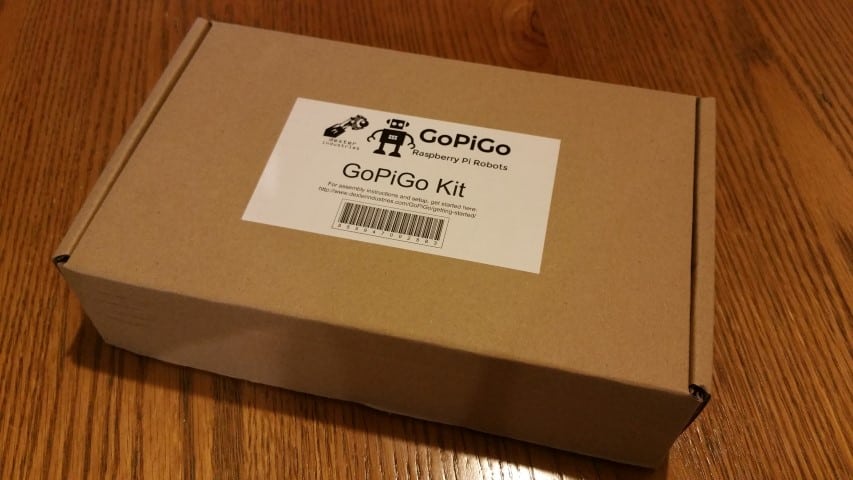 Taking all the parts out of the box shows you the main components of the robot – a good sized acrylic chassis, the main PCB (where all the magic happens) and the wheels & motors – along with the various fixings and battery components: 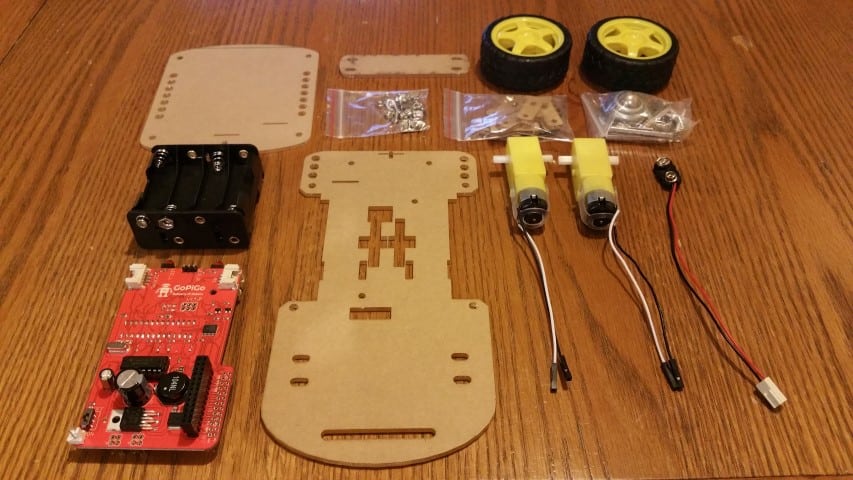 All the parts laid out and ready to assemble

Just like the last robot review I published, I thought it would be fun to film an intro to the kit and a time-lapse of me building it. I had to cut the filming half way because, as usual, my nail-less fingers struggled to remove the acrylic backing paper!


The build itself was mostly straight forward, and didn’t need anything more than a cross-head screwdriver.

I found the motors a little tricky to mount to the chassis, as the tiny nuts need tiny hands to hold in place, and of course that acrylic backing paper is a challenge if you have no fingernails like me! Other than that it was easy to follow the step by step instructions on the GoPiGo website (they also have an assembly video to follow).

I think the most important thing to cover is the features that the robot PCB offers – as that’s where most of the fun stuff will happen.

It’s easy to assume that all of the various robot kits on the market are the same because they do tend to have a similar construction and look – but if you look a little closer they all seem offer something unique.

Dexter Industries have an excellent PCB diagram showing you what’s included, so let’s take a look at that: 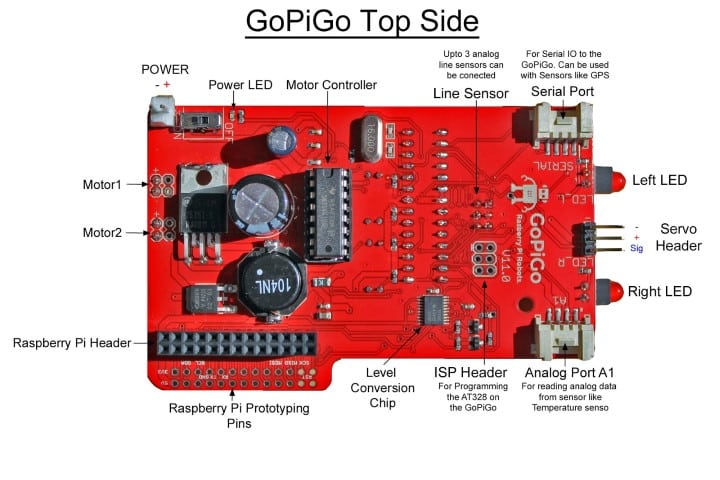 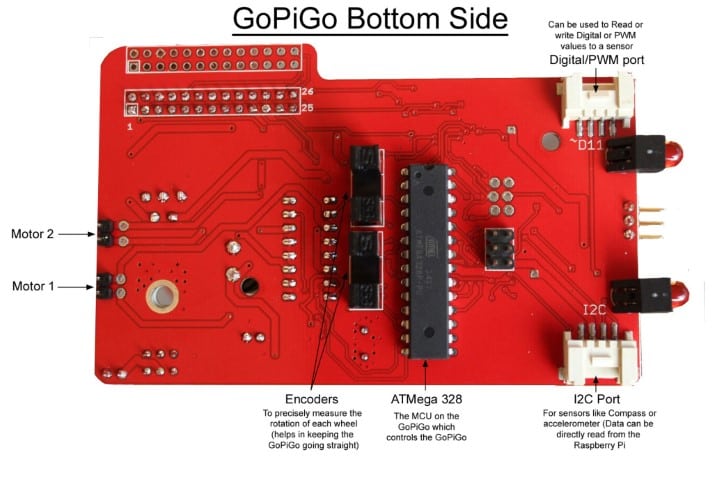 Don’t be intimidated – there’s a lot of things here that you COULD use (if you’re already a clever type) however the great thing about kits like this is that you can just focus on getting the robot moving – then one step at a time challenge yourself to learn a new function, such as the front mounted LEDs, line sensors or even a servo on the front.

The unique features I like on this robot are the optical encoders and Grove connectors. The encoders interest me simply because I haven’t yet played with a kit that has had these included before – so that opens a whole new area of learning for me (watch this space).

The Grove connectors are a clever idea too – offering an easy way to add any of the wide range of Grove components you can find easily in places like Maplins.