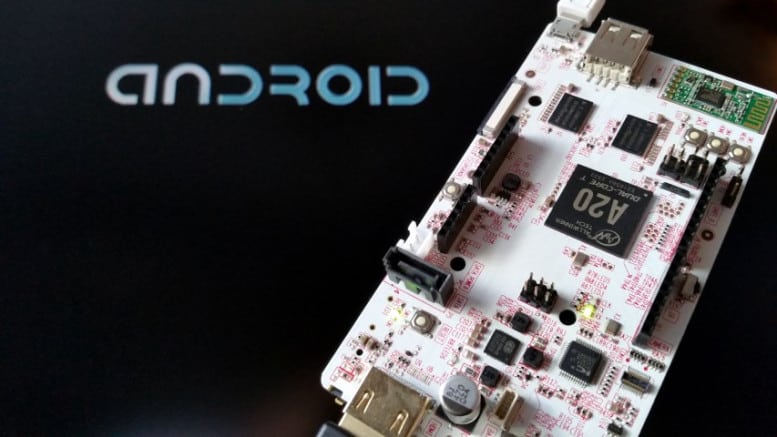 Installing Android on the pcDuino is fun but a little fiddly, with a few potholes to avoid

I recently wrote a post about the different devices I was going to try this year as part of my aim of getting into Arduino and somewhat out of the Raspberry Pi. Don’t get me wrong – I’m still a big fan of the Pi – I just want to try my hand at different hardware and code (Besides, I’ve got to build a robot for Pi Wars yet!).

My first attempt at breaking away from the Pi-scene was with the pcDuino. The pcDuino is one of those boards that’s trying to keep everyone happy with its impressive feature list and decent spec. It runs Ubuntu out of the box and offers some interesting credentials such as built in WiFi, Infra-red and a SATA connection. Add to that the dual-core A20 processor (maybe slightly dated now?) and 1Gb of RAM and you’re looking at a relatively beefy boy.

I probably should have started with the pcDuino’s GPIO seeing as I learnt a lot about IO with the Pi, but I couldn’t resist trying out my favourite mobile operating system first – Android.

Yes this thing can run Android! I wasn’t quite sure why I wanted Android on it, or even what I could possibly use it for, but that hasn’t stopped me doing something before.

I had some issues on the first couple of attempts so I thought I’d write about my experience. For the record, I’m using a pcDuino3.

One thing the Pi really has going for it is the masses of information and articles out there for people to refer to, produced by the large community of programmers, teachers, geeks, bloggers and hackers that seem to love the little board. It goes to show that you don’t need the most powerful and feature-rich product to succeed.

When new similar boards come along to challenge this fame, their downfall is usually the lack of this support material that average people like me really need to get started with projects.

The guys over at LinkSprite (who make the pcDuino) have made a pretty good effort at providing all the information you will need, and even show some example projects on their blog and via their Learning Center. One of their articles explains how to install Android on the pcDuino, but I even managed to get that wrong… 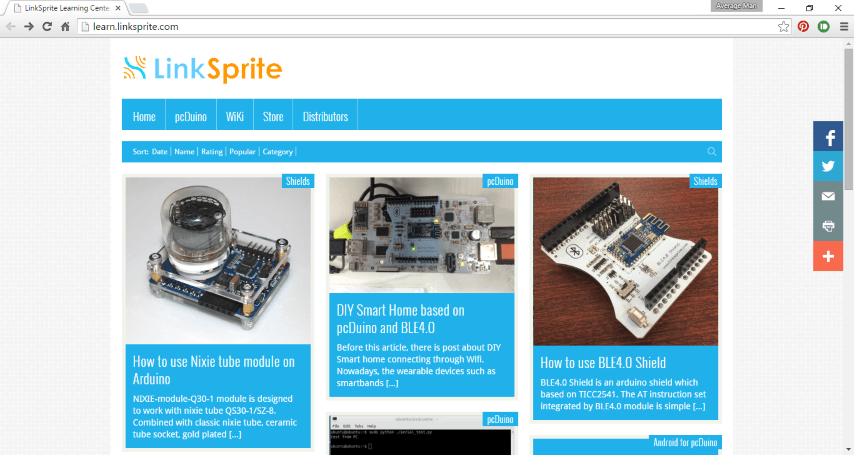 LinkSprite have some good learning articles, but it’s hard to compete with the RPi community

There are a couple of ways you can flash Android to your pcDuino –  from a micro-SD card (using the SD card port on the board), or use a cable connected to your computer with software called ‘Livesuite’ (or PhonenixSuite).

That second option got me nowhere. The software is confusing, the guidance text is iffy and the whole process leaves you wondering if it has finished. Believe it or not, I’m not a fan, although the guys over at SparkFun seemed to get on with it OK.

So because Livesuite appears to be a big waste of time, I moved on to the micro-SD card option. Here you simply burn the image to an SD card, plug the card in to the board and run through a quick process.

So after working out the gremlins mentioned above, the process was then simple(ish) and here’s how I did it on my pcDuino3:

Nothing different here than any other Android device. It’s going to run you through the usual setup routine and ask you for your Google account details, then away you go. 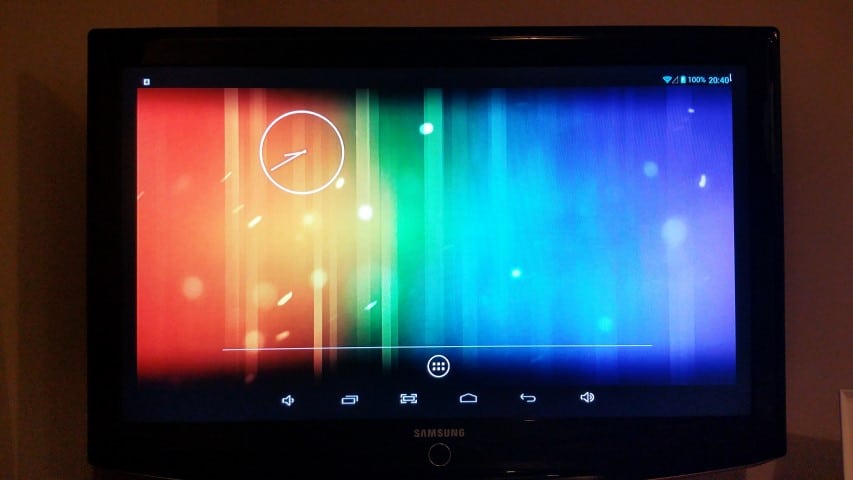 The Android 4.2 home screen on my pcDuino3

The interface feels like a tablet-style build as it’s (obviously) in landscape mode, but has the three touchscreen buttons you use on devices with no physical buttons. They’re actually quite annoying when you want to watch something full screen, as I couldn’t find a way of removing them without zooming in on the TV controls. 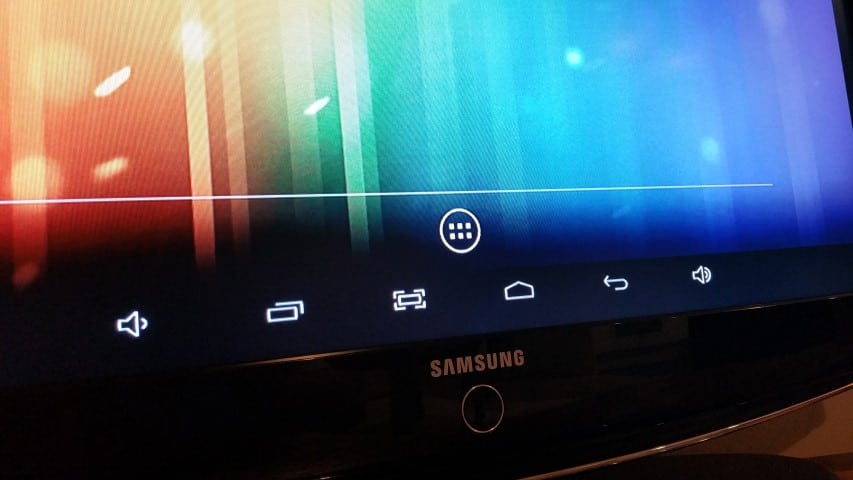 Seeing as I can’t touch my TV, these buttons are just in the way

Strangely I didn’t consider this part until it was up and running. What could I use this for? Facebook, email etc are all pretty obvious, but they’re just a bit painful to use on a TV. I have a smartphone after all?

The general performance of Android on the pcDuino3 doesn’t feel like anything to write home about, so I didn’t bother trying to play any games either. Besides, after years of owning an Android phone, I’m yet to find a single game that doesn’t pester me for real cash after level 1 (oh what a mess the mobile gaming world is in).

The pcDuino version of Android comes with some apps…but what else could I install?

I eventually found a really handy use for it a few days later, after my YouView box died. With no TV until the replacement arrived, things were getting pretty damn ugly at home with the wife. We started talking to each other and even attempted a cuddle one night – I had to fix this!

I remembered that Android has the ‘TV Catch Up‘ app that lets you stream live TV, so I installed it and crossed my fingers. It worked pretty well apart from those annoying on screen buttons, giving me legal and free access to a range of UK channels.

I guess this was a bit of a cop out for my first play with the pcDuino.

It’s not the usual thing to do with a new device like this – no ‘hello world’, no LEDs and zero programming. However, having Android running on a micro-computer was a fun novelty after using the Raspberry Pi for all this time, although it did feel a bit sluggish compared to my smartphone. It’s still only got 4.2 available for it as well, which is ageing by the day as 5.1.1 has just come out for my Note 4.

Still, it got me familiar with how to flash different OS images to the board, using different image writing software, and saved me from any further social interactions with the wife whilst our TV box was on the blink. I’ll call that a win!

Maybe some proper coding in my next Arduino-ish experience, but for now…until next time…

2 Comments on "Installing Android On The pcDuino"