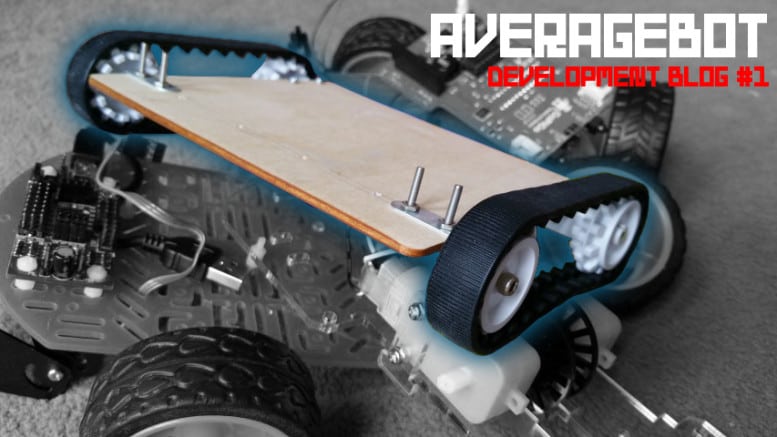 This week I’m rolling up my sleeves and finally kicking off my robot build for Pi Wars. Ironically, I also nearly dropped out of the Raspberry Pi robotics competition this week as well. Let me explain…

When I first registered to enter the competition I had a reasonable amount of free time, so I made some assumptions around how quickly I could get a Pi Wars competitor up and running. Long story short, life has got real busy lately, so I had trouble finding time to even start this project.

Considering there are other people in the queue who would love to take my spot, I set myself a target. Either I kick off my build this week, or exit the competition and let someone else take my entry. I shared this plan on Twitter…

I received some hostile tweets from followers with comments such as “meet your obligations” (despite my more pressing obligations of work and family…I won’t get into that). They do have a point though – fair cop – so I decided the next day to have a good go at kicking things off.

Here we go then – “AverageBot Devblog 1” is here. This entry will set out my plans and share some of the initial stuff I’ve been doing.

So what’s my approach to this competition? Win every challenge? Focus on particular areas? Fastest robot?

Well, none of those.

My main requirements are:

You see, I just want to compete and have fun doing it. I know others will focus on winning certain stages or category trophies, I should be no threat to those guys! I’m in this to learn, share what I learn, and possibly be the butt of the jokes on the day.

Some secondary requirements I have are: 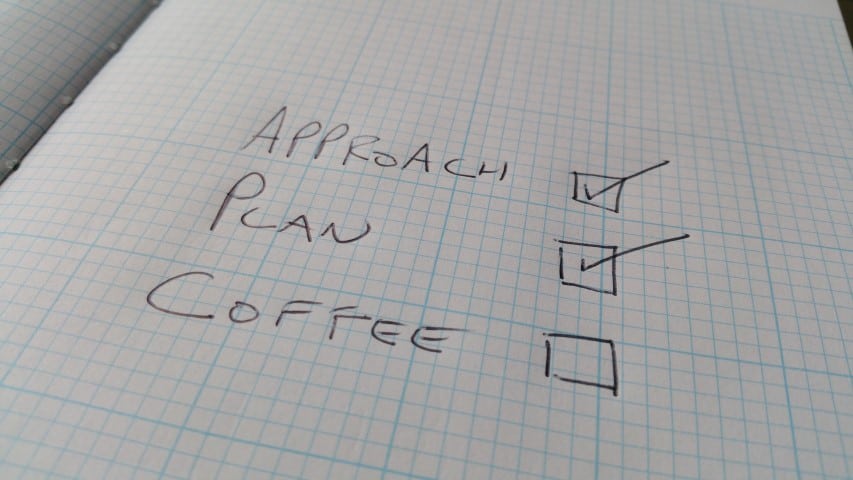 Coffee – the #1 tool for makers and hackers worldwide

“Fail to plan, plan to fail” said my father 10,000 times during my childhood. Nice one dad, it stuck.

I don’t have a proper project plan or anything like that (sorry papa), but I do have an ‘Average’ idea of how I want to go about my build:

What could possibly go wrong?

What an odd place to start!

Unfortunately I had planned a shopping trip with the wife on the Saturday morning just as I was about to get started (remember what I said about  my lack of time?) but there was a benefit to this – I could pick up some really cheap batteries from the local poundshop.

Whilst I’m testing and generally rushing around building the AverageBot, I don’t want to mess about with recharging batteries. A fiver’s worth of the worlds worst AA batteries will do the job for now. 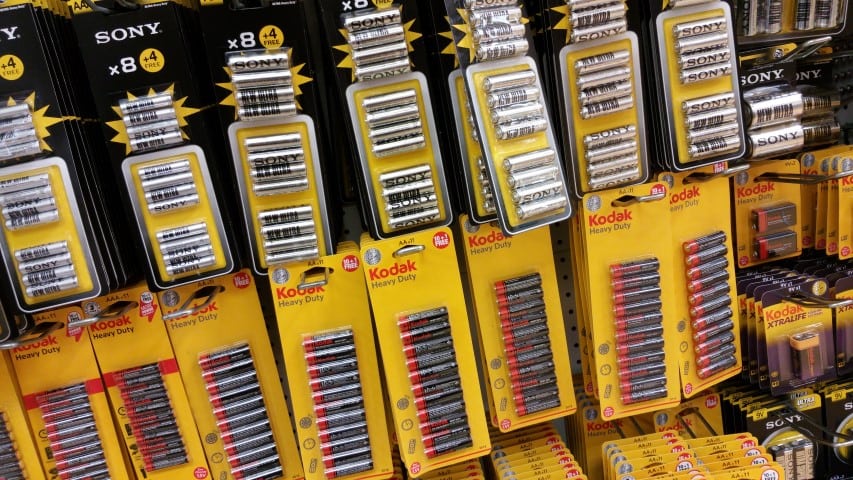 Good enough for testing, I grabbed a fivers worth of these rubbish batteries

Hello old friend! Some of you will recall a blog post back in May where I bought a few parts and decided to have a stab at making my own homemade robot. Technically it worked, but I had some trouble with turning and it relied on a poor remote control solution.

I named it ‘AverageBot’ and shortly after that blog post it went back into my cupboard to be neglected for a number of months. I’m a terrible bot-father.

So out it came, and after a quick dust-off it’s ready to go under the knife to be upgraded to competition status. 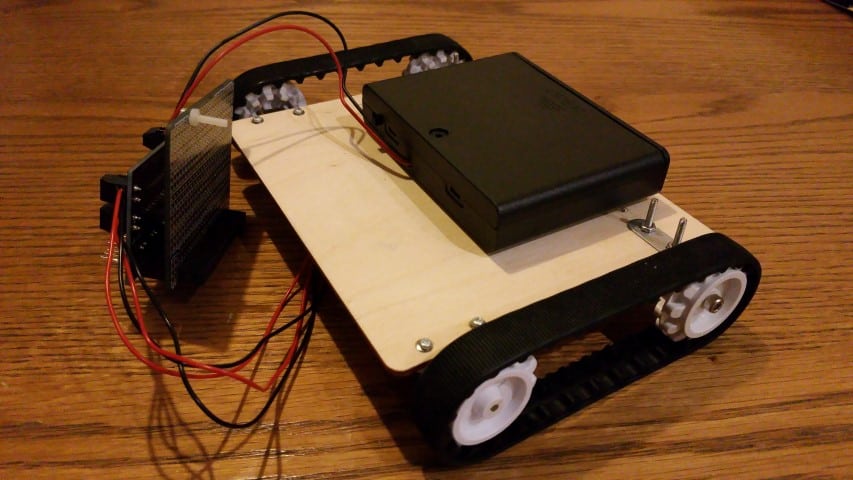 My dusty and neglected ‘AverageBot’

I know my AverageBot isn’t anywhere near competition status yet, mostly due to the fact that it has no sensors or sexy stuff to complete any of the challenges that organisers @Recantha and @Geeky_Tim have laid on for us.

Whilst breadboarding the parts and creating a robot from scratch would be the ideal ‘journey’, this build has to be time efficient. I’m not sure I’d get it built in time if I went all organic on AverageBot.

At the same time, I don’t want to use an off-the-shelf robot. I’d like to at least make my own chassis to make something interesting and unique. 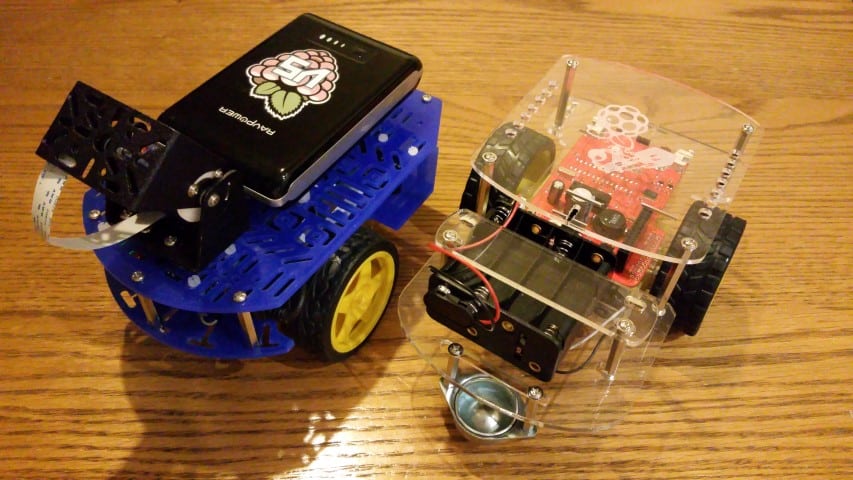 Shortly after this photo I salvaged these robots for their parts. Ruthless.

As you can see in the image above, I already had a couple of robot kits gathering dust. One is the Camera Robot from Dawn Robotics, the other is the GoPiGo from Dexter Industries. I decided that I’d salvage the PCB from one of these robots to make the build easier, faster and tidier.

Both have their benefits and features depending on what you want to do, however as the GoPiGo PCB attaches directly to the Pi (less wires – easier to mount) and comes with a lot of features built in, I’ve opted to use that in my AverageBot project. I just need to make sure that I don’t have to use all Grove parts – they’re not cheap! 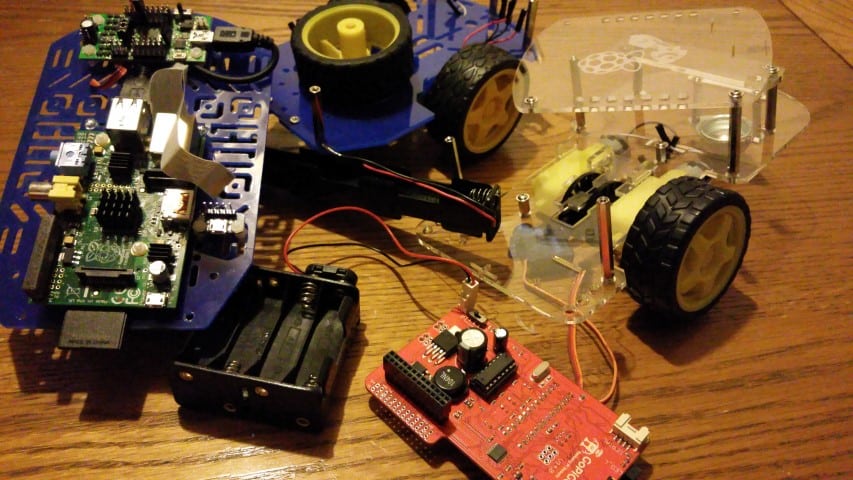 I’ve also found some other bits I can use, more on that in later devblogs… 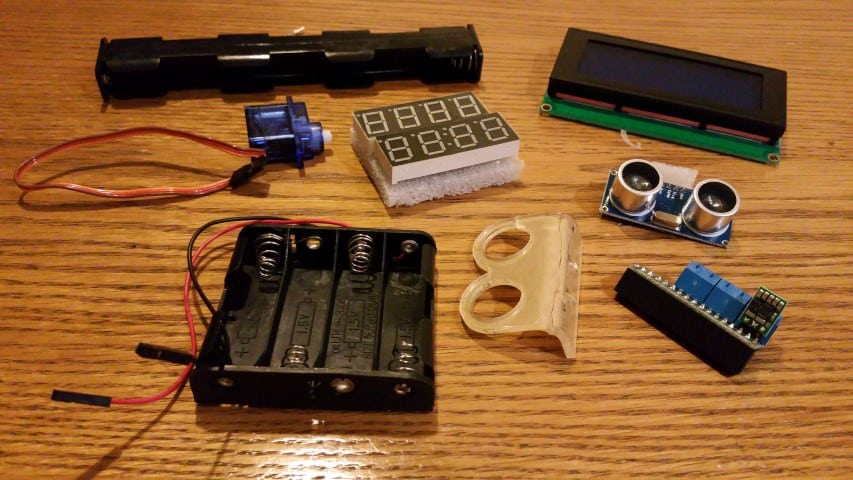 Bits and bobs that I may use in my robot project

The next tasks for AverageBot are:

I’ll keep these Devblogs going as much as I can, probably every couple of weeks. Subscribe to be emailed of every new blog post I publish.

In the meantime I’ve had a couple of products sent to me that I want to write about and give away, so keep your eyes peeled for those as well. It’s going to be a busy couple of months for the Average Man!