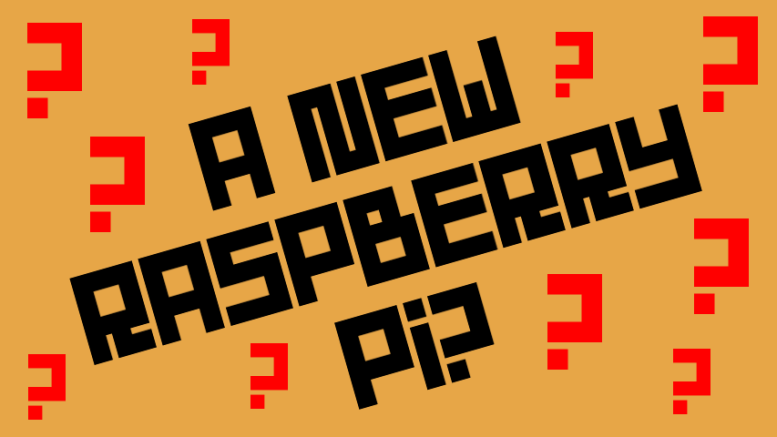 Is a new Raspberry Pi about to be released?

Lately I’ve been seeing and hearing lots of things which I think suggest the pending release of a new Raspberry Pi model. Add to this some educated guesses, time since the last Pi was released, Christmas release timing and the community’s calls for more features – you can almost smell the new boards being made!

Now this is all guesswork at this point. I’m not one of the types in the ‘inner circle’ of the Raspberry Pi Foundation’s friends that get to see new releases prior to public announcement, so instead I resort to assumptions and speculation!

Let’s look at the evidence for what I believe to be a new release coming at the end of this month:

All great products have release teasers…

The MagPi is now the official Raspberry Pi magazine, and what better way to release the news of a new Pi than in the official mag?

Check out this tweet. I have a feeling this isn’t just free stickers or a really cool Christmas project. They’ve used capital letters and everything…this is much bigger…

TWO DAYS TO GO. We're bursting at the seams with excitement pic.twitter.com/EjQB5qQ7ha

Related to the MagPi teasers, the Raspberry Pi Foundation’s very own Twitter account is supporting my theory even more  with these tweets:

What can POSSIBLY be happening? WJDK. (Well, we do, but we don’t want to ruin the surprise.) https://t.co/Qp3t9QvX40

Not to mention this reply from Raspberry Pi inner circle store The Pi Hut…even stating their ‘inner circleness’ as well. They’re always well stocked on day 1 of any new Pi release, so would likely have the new Raspberry Pi ready to ship by now:

There’s a select number of bloggers and YouTubers that usually get early access to new Raspberry Pi models. I’m not one of those people (perhaps I’m a bit too ‘average’?) but I do follow the people that are…

I noticed recently that Alex Eames had ‘popped in’ to Pi Towers…I wonder why, I doubt just about this book:

I had a sneak-preview of this on Wednesday when I called in at Pi Towers. It's 200 pages of awesome! https://t.co/OFFtWjkeYm

King of Raspberry Pi YouTube videos, looks like he’s going to be busy over the next couple of days…perhaps shooting a new device?

Darn I am going to be rather busy over the next couple of days!

Another tweet from the Pi Hut – I wonder why they’re so busy? A new stock item to work on perhaps:

It's just dawned on me quite how much is going on here at PiHut towers over the next few weeks. Madness I say! Madness!

Another reason to expect another Pi to hit the shelves is the ever changing needs and wants of users. My theory here is based on 3 potential hardware changes the RPi Foundation might want to change/add to keep up with other devices:

Take a look at every new popular development board being released at the moment and they consistently have something in common – on-board WiFi.

We’re living in an IoT world – everything from your cat flap to your trouser press is connected to your home network, so having WiFi built in to these boards is something now expected as standard.

I even compared search trends to see if “IoT” was on the up compared to “Raspberry Pi”. They’re growing at a similar rate:

Yes you can add a WiFi adapter to your Pi, and they even gave you 2 more USB ports on the latest Pi2 to do this with. However, I regularly have issues with WiFi on the Pi. From dropped connections to iffy speeds – maybe on-board WiFi is the answer? I’m not alone, the forums are packed with WiFi issue posts. 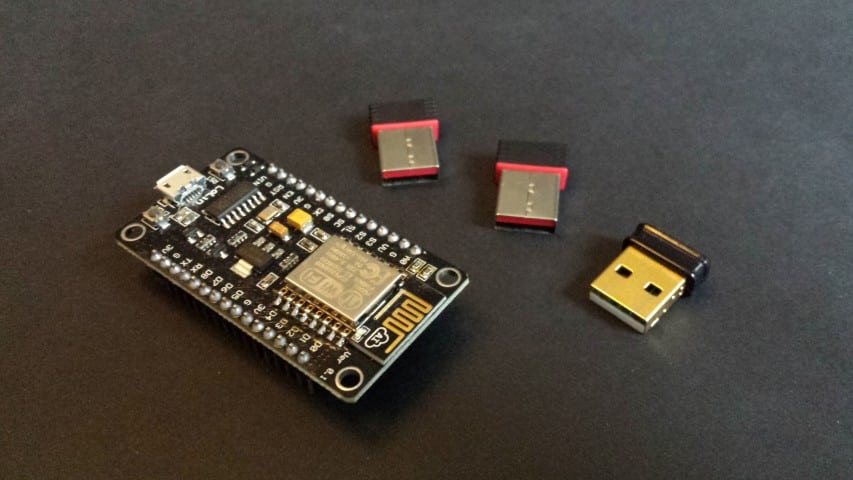 Most new devices come with on-board WiFi…could the Pi be following suit?

More of a community request than a current need, Ethernet speeds have been discussed on forums over and over again. Supposedly the Pi needs Gigabit Ethernet, according to many users.

Could the Foundation be listening to these requests? Can a new Raspberry Pi accommodate Gigabit Ethernet or is there a hardware limitation? Maybe we’ll find out soon… 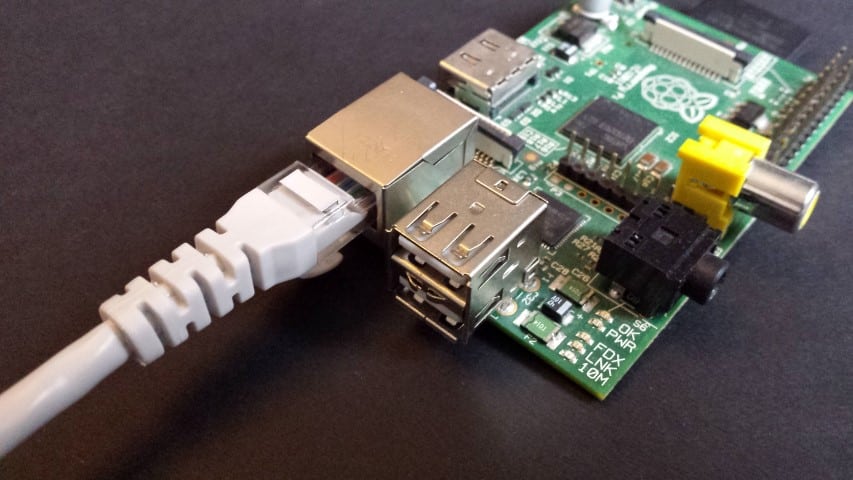 Another common characteristic of modern IoT devices is their small form factor. People want tiny devices to fit in tiny places, hidden away with no ugly wires, doing their ‘IoT thing’ like magic.

Is the Pi small enough? Personally I think the A+ is, I don’t see why or how you would make it any smaller. Maybe there are ways of doing this though, which might increase the board’s popularity even more…

Let’s take a look at recent release times for the various Pi models to see if we can take any indications from that:

It’s been 9 months since then, roughly the same timescale between the B+ and the Pi2. There was an A+ in between those, but I’m focussing on key ‘B’ models here.

All good tech companies have a regular release schedule, with most smartphone makers almost predictable in their hardware updates. Maybe the Foundation have more of a strategy these days?

I’m telling you…I’m on to something here!

If you produced a number of products, which supported a charity and employed a large number of people – when would you choose to release a new affordable product that kids go mad for?

Yes – before December! After all, the RPi Foundation have to turn a profit to continue to operate…

Get your pocket money ready – there’s a new Pi coming! Or maybe not – I could be completely wrong. If it’s not this month, I’m still pretty sure we’ll see something new very soon.

What do you think? Is a new Raspberry Pi due for release? If there is a new Pi, what would you like to see on it? Add a comment below and share your thoughts.

If nothing else, it’s been fun pretending to be a detective this afternoon on my lunch break…

31 Comments on "Is a New Raspberry Pi Coming?"