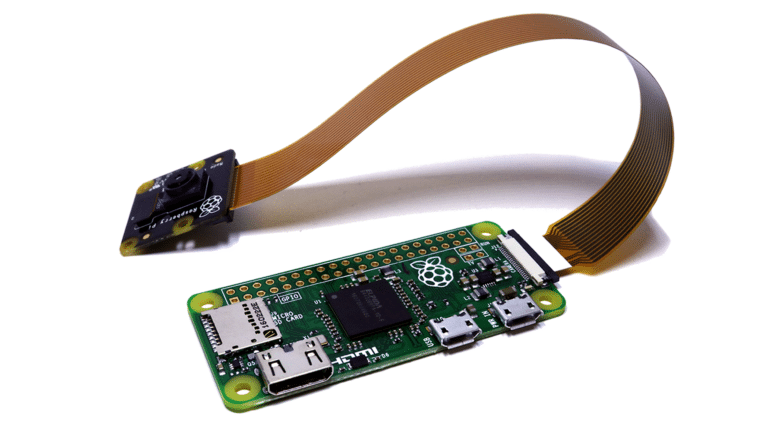 The new Raspberry Pi Zero includes a CSI interface for the Camera Module!

I’ve once again been lucky enough to see a new Pi before its release, and this time it’s the new version of the controversial Raspberry Pi Zero.

This latest release hasn’t been a huge secret, with Eben Upton publicly announcing a ‘mystery change’ on the official forum back on the 12th of April:

That little teaser has been argued and debated all over the internet since then, and it’s finally release day… 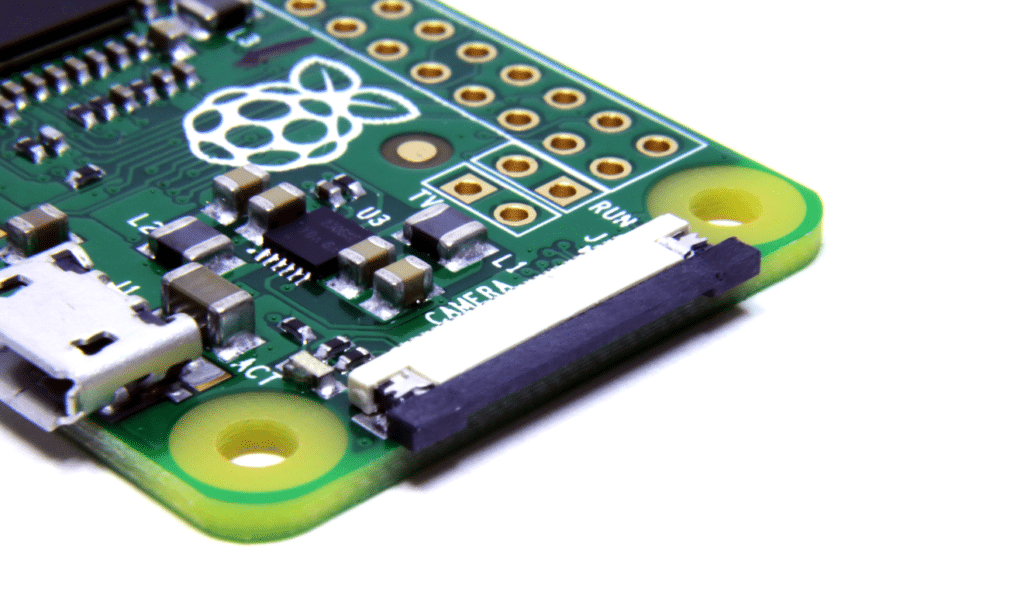 This, with the use of a special adapter belt, allows you to connect your Raspberry Pi Camera Module to the $5 Pi.

The belt that came with your Camera Module won’t fit the new Pi Zero, as the Foundation have used a narrower CSI connector to fit the Zero’s tiny PCB: 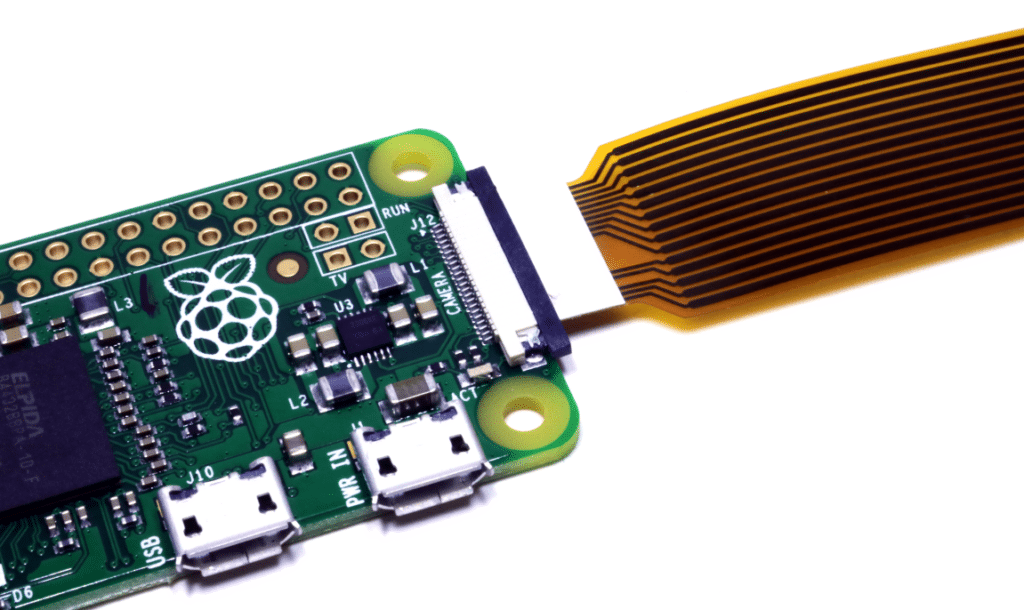 The combination of the Zero’s small form-factor and low power consumption is perfect for mobile projects with the Camera Module, offering even greater performance for things like time lapse photography and high-altitude ballooning.

You’d expect the price to increase for this handy addition, especially considering the Pi Zero is already sitting at that insane $5 price tag.

Nope! The new version remains at $5 (give or take a bit for local exchange rates) however the camera adapter belt may come at an additional cost.

There’s really not much more to talk about or show you, as this is a relatively a small change compared to other Raspberry Pi releases we’ve seen in the past. The rest of the Zero remains the same minus some small component moves to accommodate the CSI connector:

The rest of the Zero remains mostly unchanged

However, we all know the history of the Pi Zero. This thing is always in huge demand due to it’s incredible price, so just the fact that it’ll be back in stock will crash the internet again – let alone this great new feature.

Grab one while you can!

An Increase In Overall Size

One thing came to mind when I first took my new Pi Zero out of the anti-static bag – the connector has increased the overall dimensions.

The front of the new Raspberry Pi Zero version 1.3

We’re only talking around an extra 1mm, but that bit of plastic hanging over the edge may stop you using the latest Zero in your existing case.

That’s not a massive issue for us retail consumers (because if you already have a case, it’s likely there’s also an ‘old’ Zero in there already) but case makers around the globe may need to make some minor changes to their designs.

The rear of the new Raspberry Pi Zero version 1.3 – notice 2015 printed on the board – I guess this has been on the cards for a while?

Since Eben dropped the original hint on the forums, I’ve seen a lot of predictions popping up on Twitter and Facebook. Here are some of the my favourites:

Too easy right? The latest Pi 3 came with these connectivity options so why not add that to the Zero? That has been a common prediction for many Pi enthusiasts, but it’s not here this time round.

Perhaps we’ll see it on a revised Model A instead?

The most useful new feature on the Zero would be wifi. It feels like a logical step. @ThePiHut

I was quite surprised to see a lot of people hoping for this, but it seems more people use audio on a Pi than I assumed. Those that have bought products such as the DAC pHAT were hoping for a more integrated solution:

This was a bit of a random guess from the community, but it goes to show how people are feeling about these different devices coming together. Maybe we’ll see more device cohesion in the near future – after all – they’re all following a similar goal…

This was an interesting one. A lot of us enjoy soldering kits and other components, however that also makes it easy for us to forget that the prospect of soldering the Pi Zero GPIO header is actually quite intimidating for some people:

on board wifi, or GPIO header without soldering..?

I’m feeling inspired by this new version of the Zero, enticing me to get out there and do more with the Camera Module. With a small power bank and a bit of creativity, there are loads of new project ideas to be built taking advantage of the low power and small size of the Zero.

Only problem is, will you get in there quick enough before stock runs down to…zero?