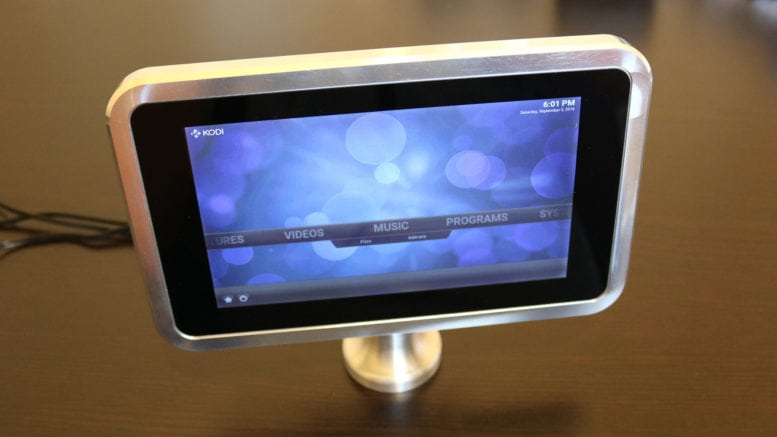 What’s the first thing you should do when you buy an Official Raspberry Pi screen? Get it in a case of course!

Endless reports of the glass layer slipping away and other sad tales led me to hunt down all available protection options a few months back, which I shared in a blog post. I found only 5 readily-available cases, which was odd as the Pi itself has hundreds on offer.

This week I found a new one, thanks to a comment on that blog from a chap named John, who just happens to make his own screen stand solution from solid aluminium!

John offered to send me one of his heavy lumps of precision machined metal to see what I thought of it. Let’s take a look… 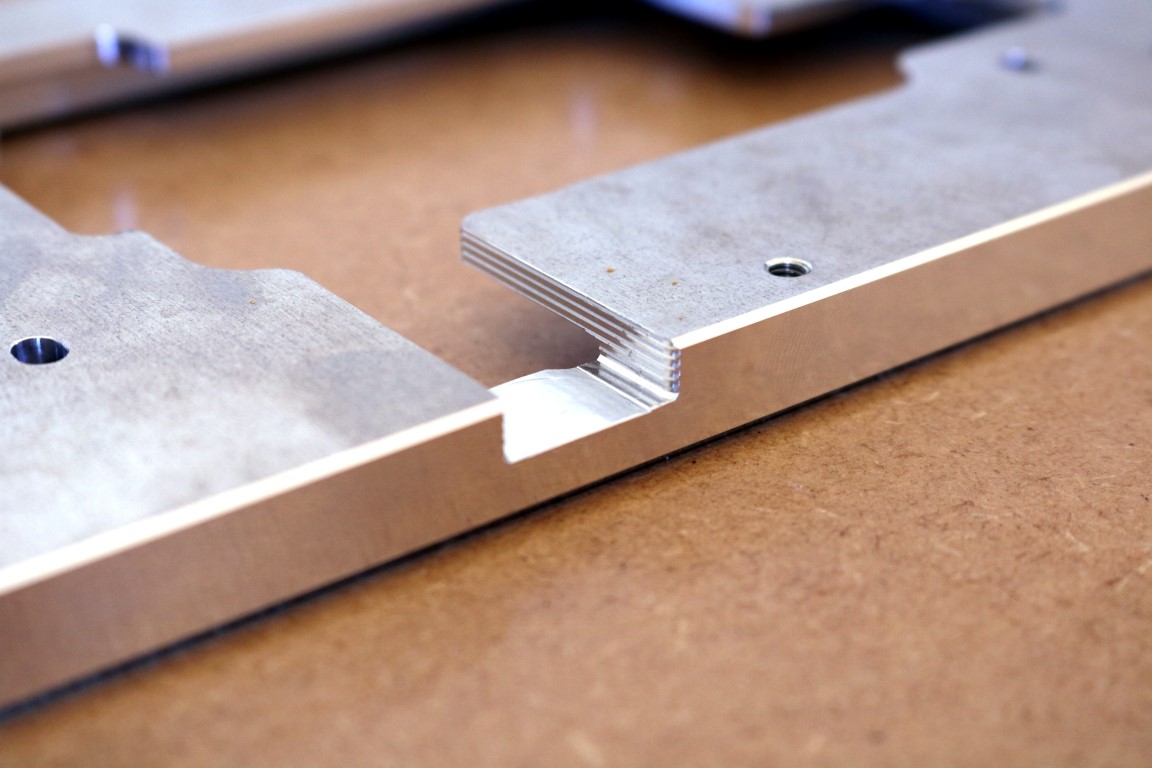 “You can’t kill the metal. The metal will live on” – Tenacious D

Hear that? It’s the sound of my knackered postman as he struggles to carry my post this morning, mostly thanks to the heavy box that John Felton from JFC Engineering sent me.

OK it’s not that heavy, but in comparison to the usual plastic offerings, this stand has some serious meat to it.

Inside the box I found a relatively small number of parts compared to other cases. The main stand body, the stem and a bag of fixings: 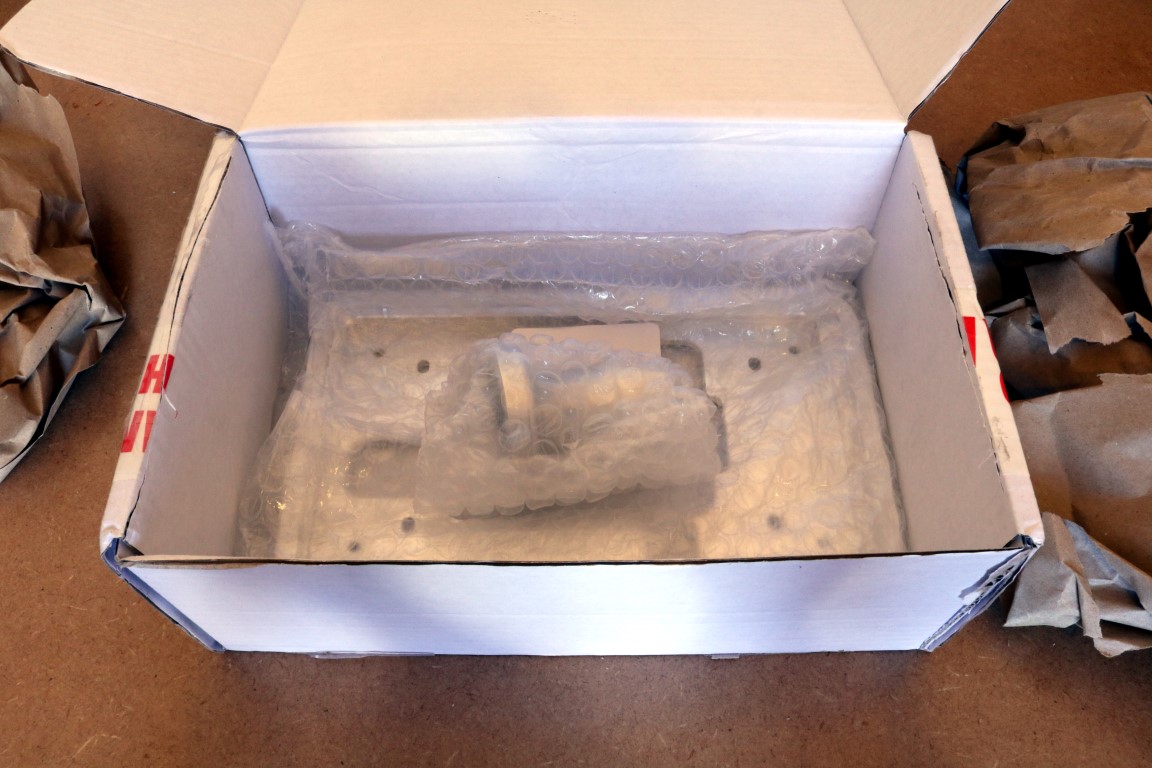 Despite the stand being completely made of metal, assembly was very simple. In just a few steps I had my Pi screen fitted to the stand using the provided fixings, thanks to the decent instructions on the website: 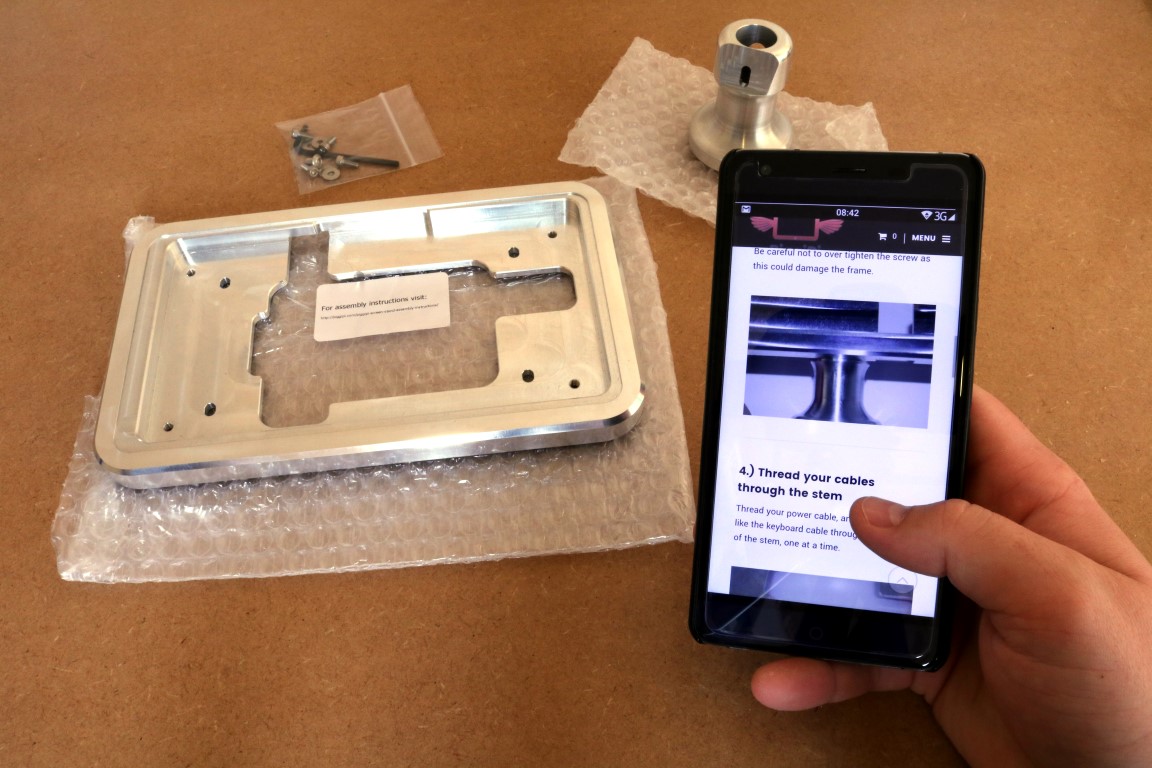 Online assembly instructions – works for me

They even chuck in an allen key in case you don’t have the right tools to hand – a nice touch – reminds me of IKEA (unfortunately no hot dog at the end though): 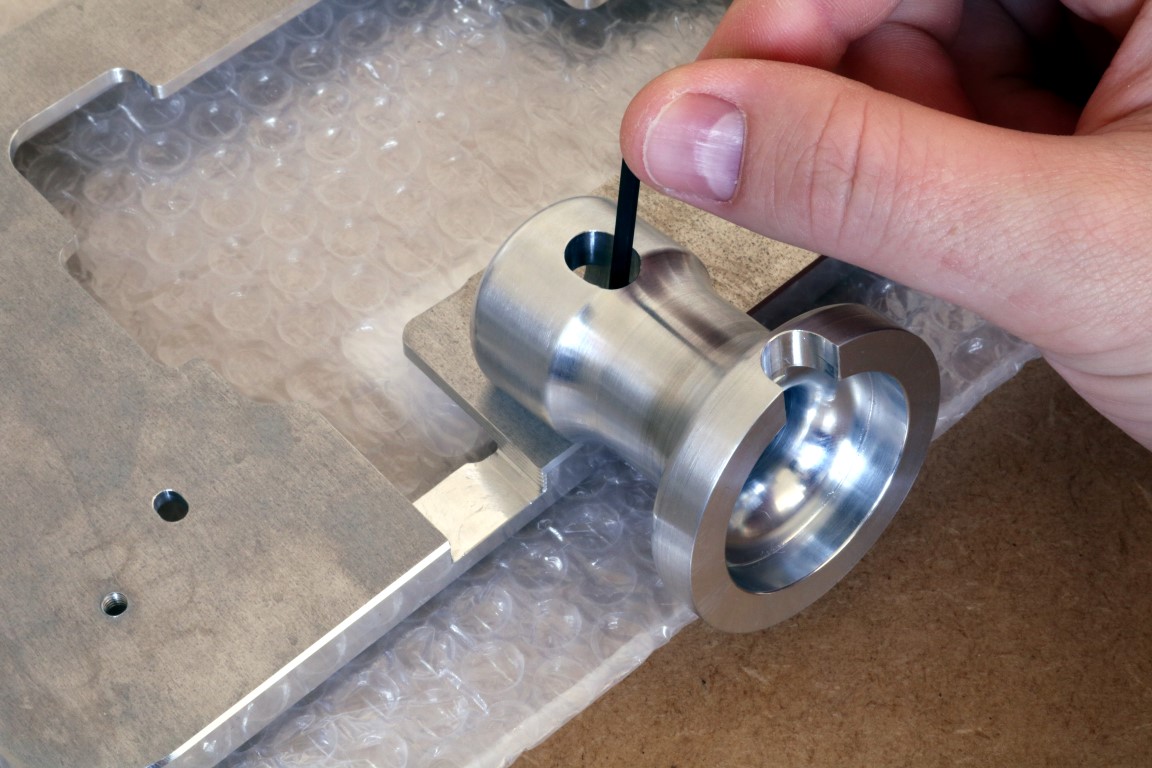 Well, you know, it’s a big machined lump of metal turned in to a Raspberry Pi screen stand – what’s not to love?

The finish of the metal has an ‘industrial’ quality to it. It’s not a mirror finish – but I don’t think John intended it to be. You can see the very fine lines and swirls left behind by whatever beastly machine created the case – and I like that: 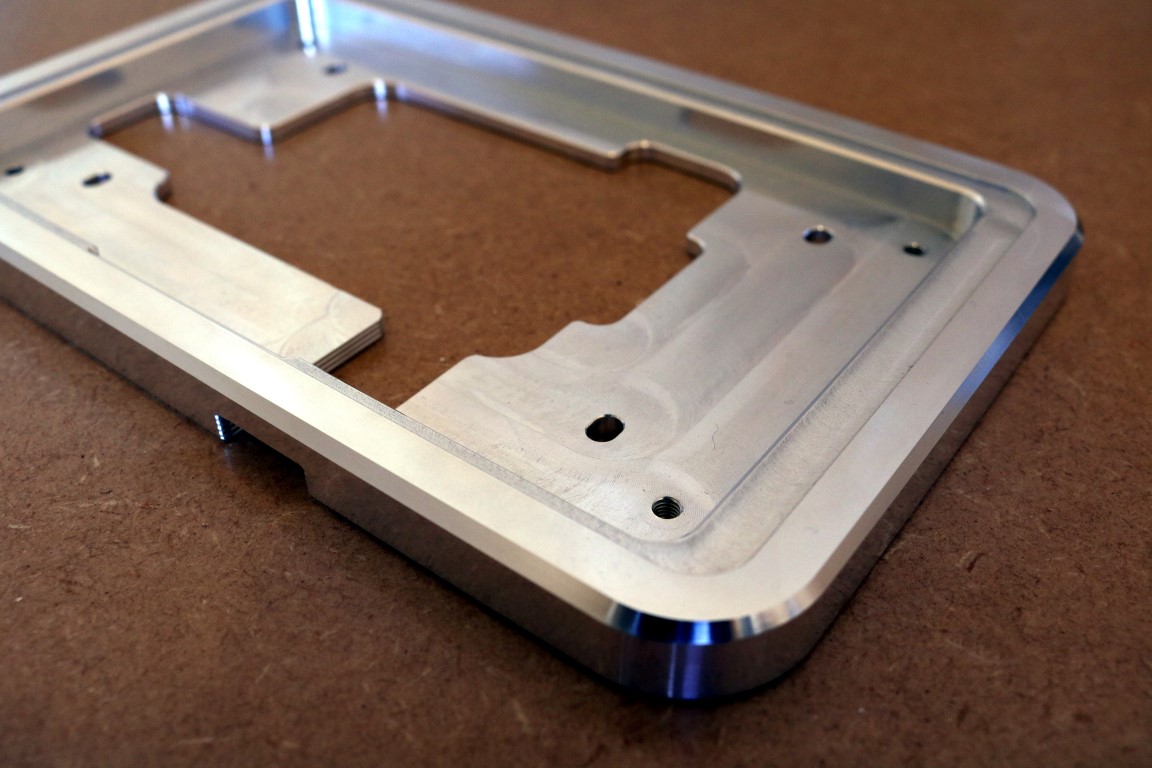 Speaking of beastly machines, John sent me a picture of a stem ready to be milled. Gotta love big tools: 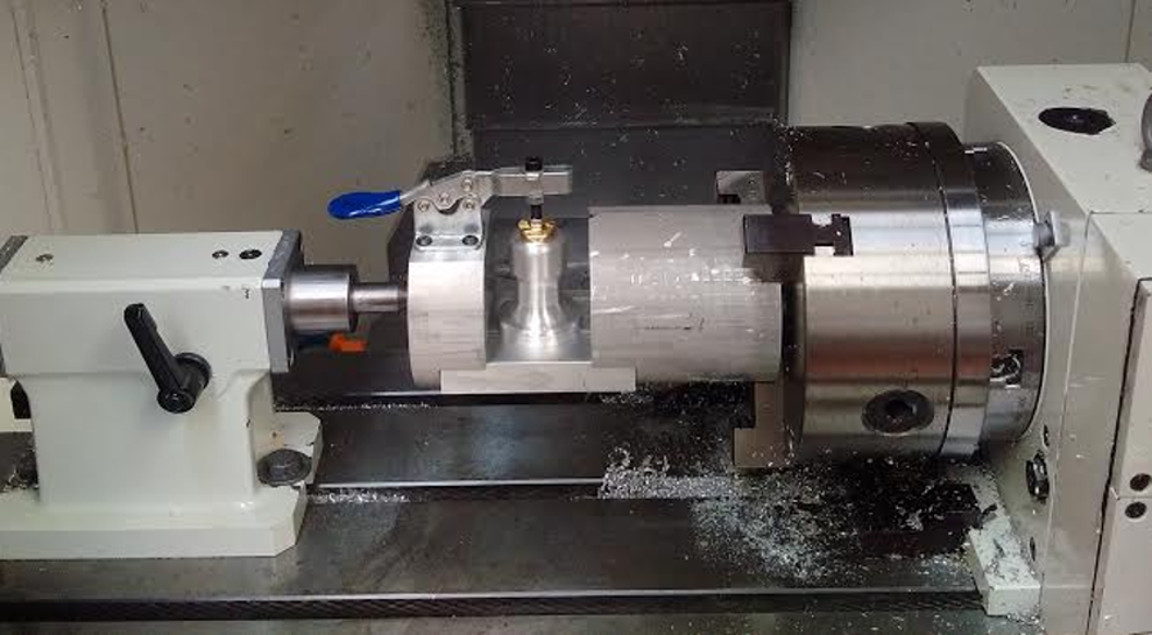 There’s no plastic in this kit – it’s 100% metal (aluminium) even down to the screw fixings, which I must mention are ‘allen’ bolt style – my favourite. I used them on my AverageBot robot as they look so much nicer than the cross-head type: 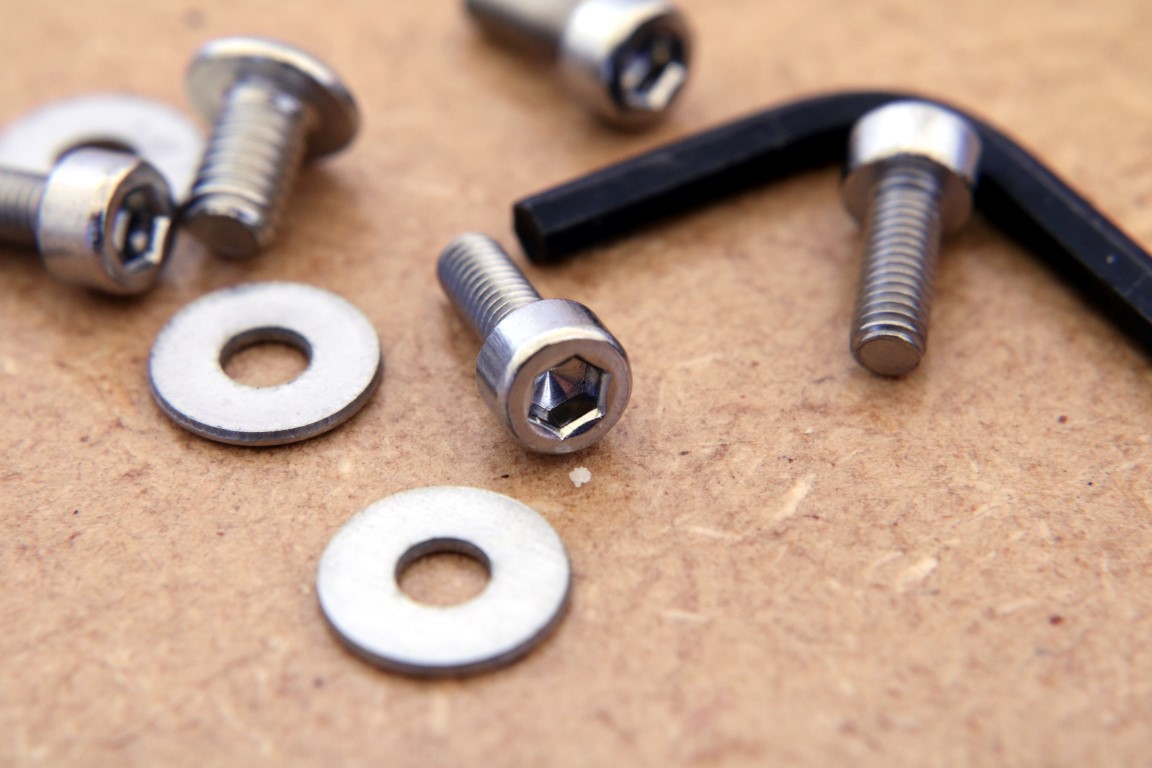 Allen bolts – the pretty boys of the fixings world

The stem is pretty damn sexy too, especially if you have an appreciation for how these things are made. It’s wide enough to be sturdy – without being too fat – and the weight of it (and the entire stand) keeps everything upright as well: 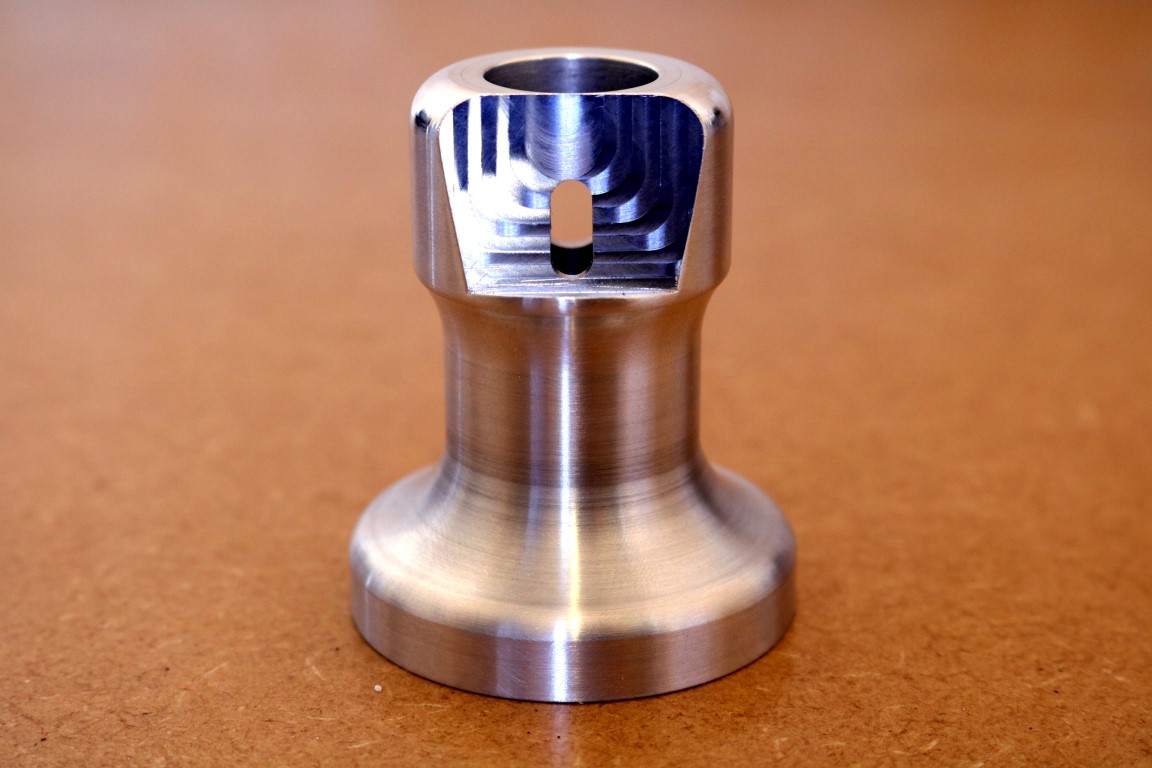 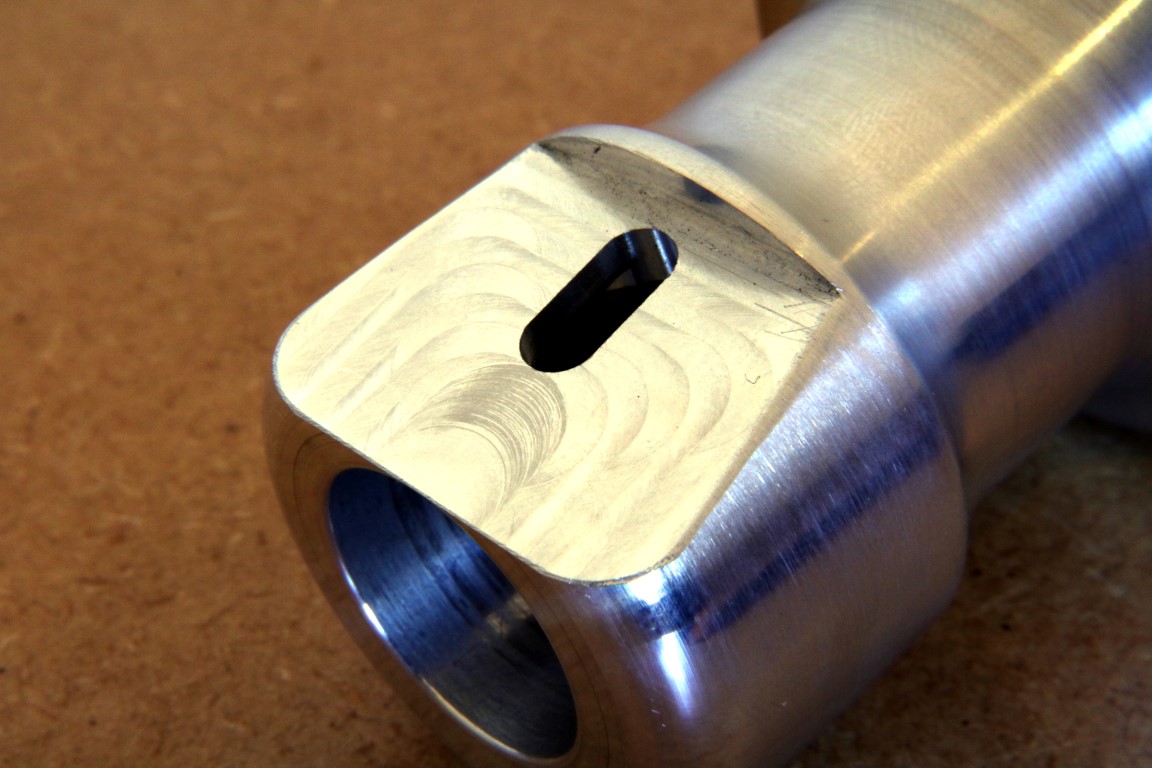 A close-up for all you hardware freaks

At first I thought having a machined aluminium stand for a cheap screen was a bit over the top, but you can’t ignore the negative reviews of the display’s robustness.

This thing is tough. It’s not going to crack or bend or any of the other usual downfalls of plastic. Whilst the material is strong, I still wouldn’t want to let it fall face-first to the floor – the design is more of a flush finish against the glass of the screen.

Despite being made of metal, it isn’t the perfect protection for the screen+Pi setup as the rear is completely exposed. This is also the case (good pun) with similar products on the market, and whilst I would prefer the protection, I understand why people want access to ports and pins on the Pi. 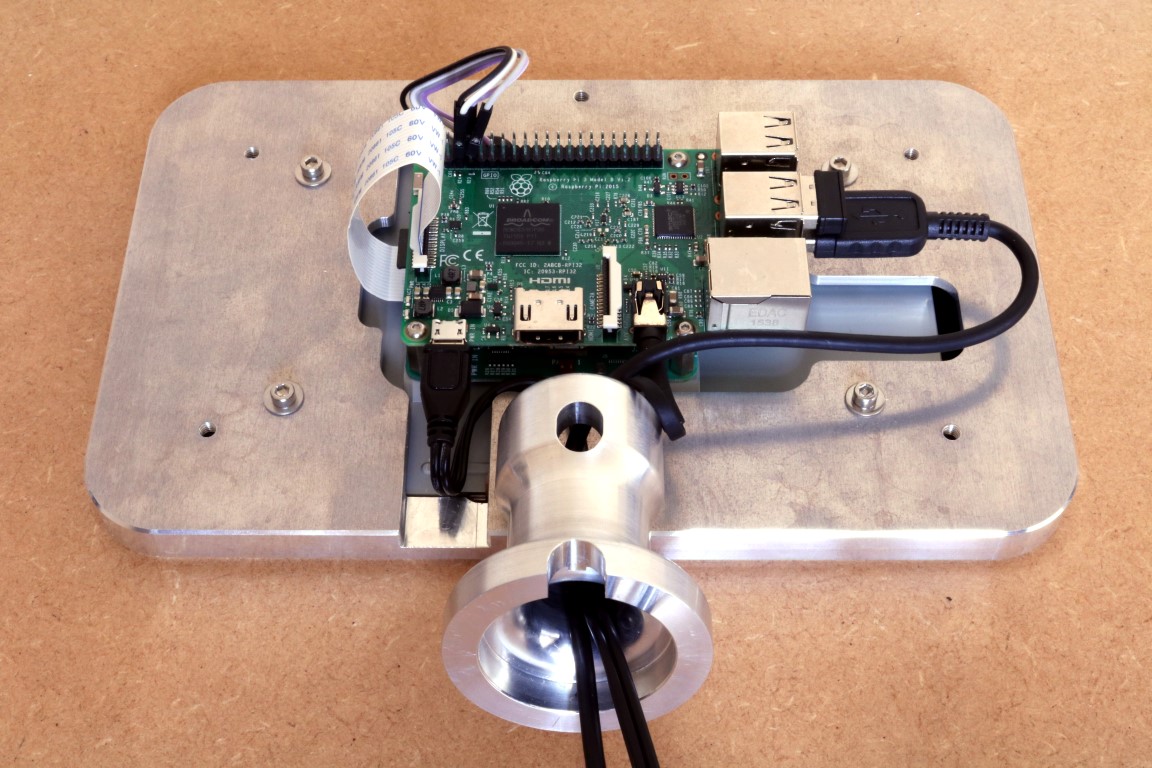 The rear of the stand is exposed – good for ports and pins – bad if it falls over.

This shiny beast rocks up with a £30 price tag. It’s not the cheapest option out there, but considering the material, making & tool costs – I think it’s pretty reasonable.

After all, they have to employ ‘Chops’ to guard the materials, the second Pi-related dog I’ve met so far… 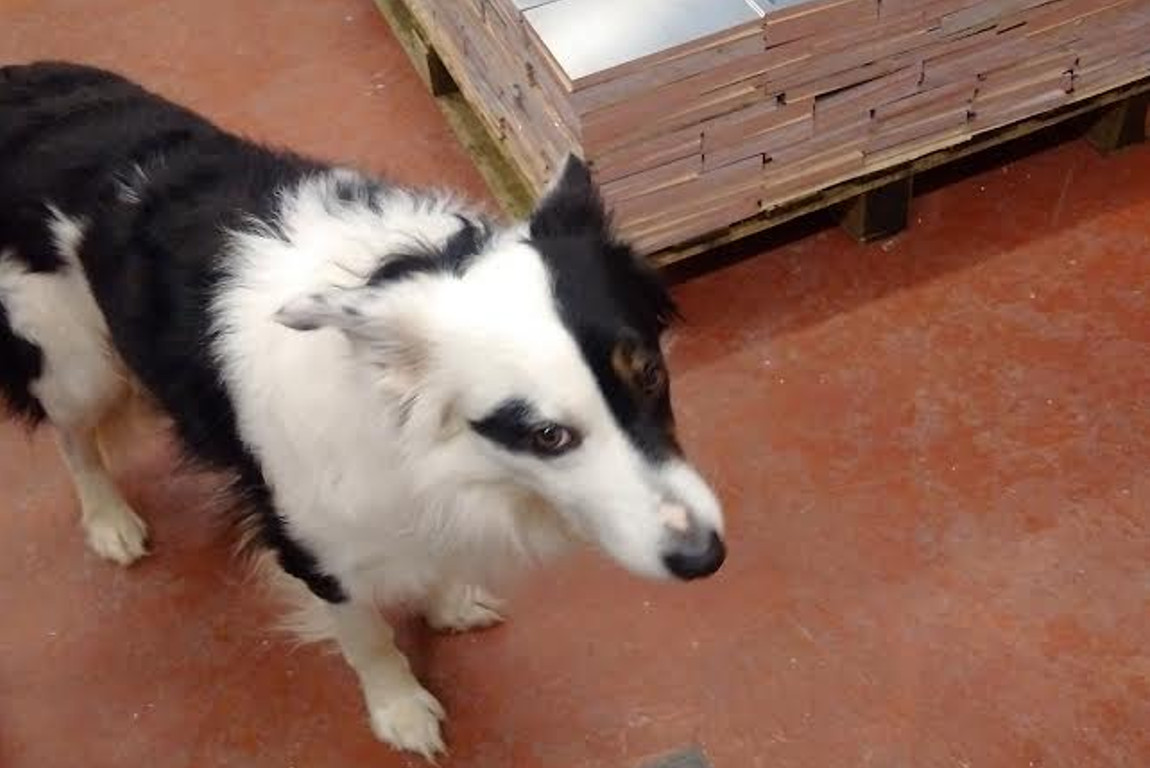 I’m torn now – I love my OneNineDesign case due to its stealthy black looks and full protection, but I also have an affinity for metal things – especially when they’re shiny – gotta love that shiny!

This stand looks great on a desk, the viewing angle is spot on and there isn’t much chance of of it falling over due to its weight.

What would I change? I’d add some kind of desk-protecting foam pad to the stem, and I’d love an optional second piece of metal to frame the Pi for some ‘opps I fell over’ protection.

I’ll be adding this to my screen case options blog, and if you’re also a fan you can buy one from PiggiPi for £30 – http://piggipi.com/product/aluminium-raspberry-pi-screen-stand/