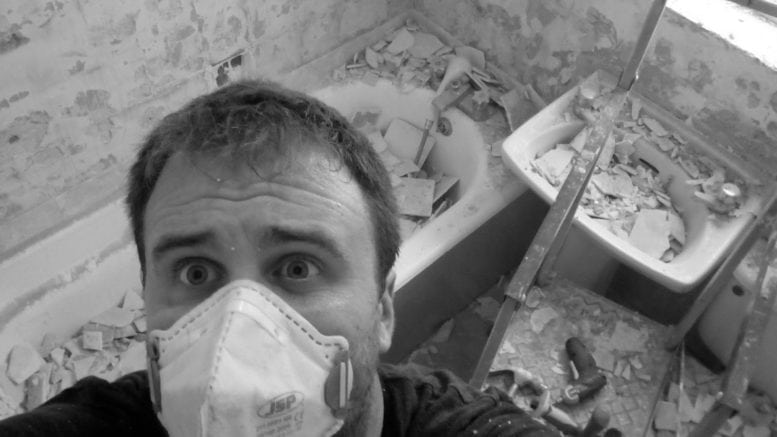 No really, I'm smiling under that mask...

I get the occasional email asking me things like “where am I” or “whether you’ll be finishing some of the part 1/2/3 articles you started last year“.

It got me thinking – I should write something so that people don’t think I’ve abandoned this blog…or died. I’m pretty sure I’m not dead (I may look dead, but that’s just what children do to you).

For those that are interested (anyone…?), here’s why I suddenly disappeared and where I’ve been for the last year…

They Come In Threes

My last post was on 14th October 2016. At this time my wife was 7 months pregnant with my second child, and my first child had just turned 2…oh and we were at the final stages of buying a house that needed heavy renovation. Yeah…good timing.

If anyone has been through any of these things, you’ll know they’re all pretty demanding on a man’s time, money and sanity. All 3 at once was probably the cause of my now receding hairline and somewhat dishevelled exterior.

I could sense that my blogging days were numbered… 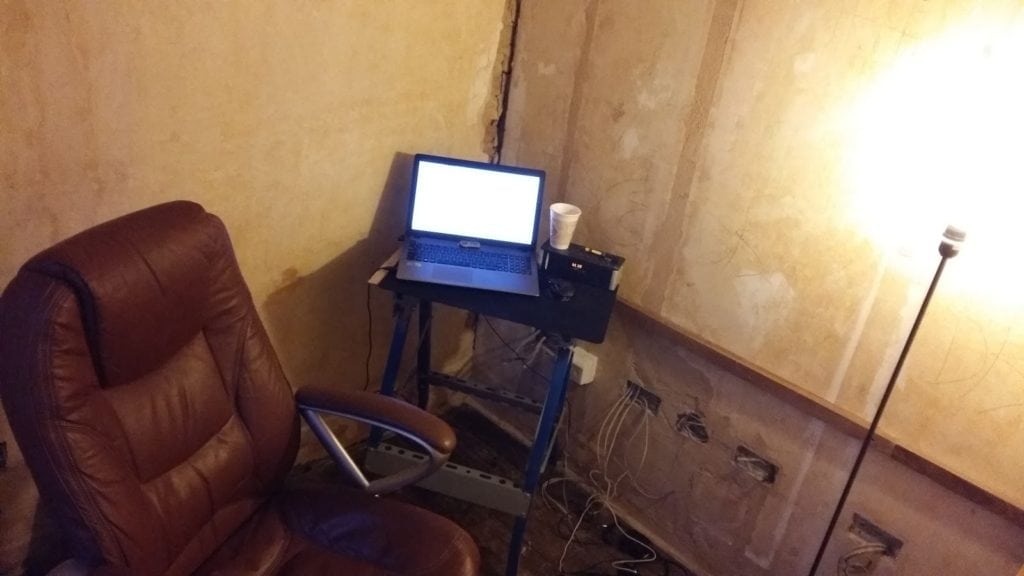 Not quite the creative space a blogger demands is it?

The first thing that started to eat away at my time and money was the house. Once we were in and started to peel away the wallpaper, it became clear that we had just signed up for years of graft.

You see, we couldn’t afford a house of the size we needed that was modern and clean, so we decided to buy somewhere dated and run down that we could work on over the years.

What we didn’t know, were the nasties that we would find once we took its clothes off.

Huge cracks in walls that needed rod stitching, a heating system with 2 ancient boilers and 2 pumps just to get the flow around the house, damp in the kitchen and toilet, single pane windows that were falling apart, pre-WW1 electrics, plaster falling off of most walls…and more…and more…and more!

OK so some of this stuff came up in the survey, but we told ourselves we could live with a lot of them for a few years. That was an error. Here’s some snaps to give you an idea: 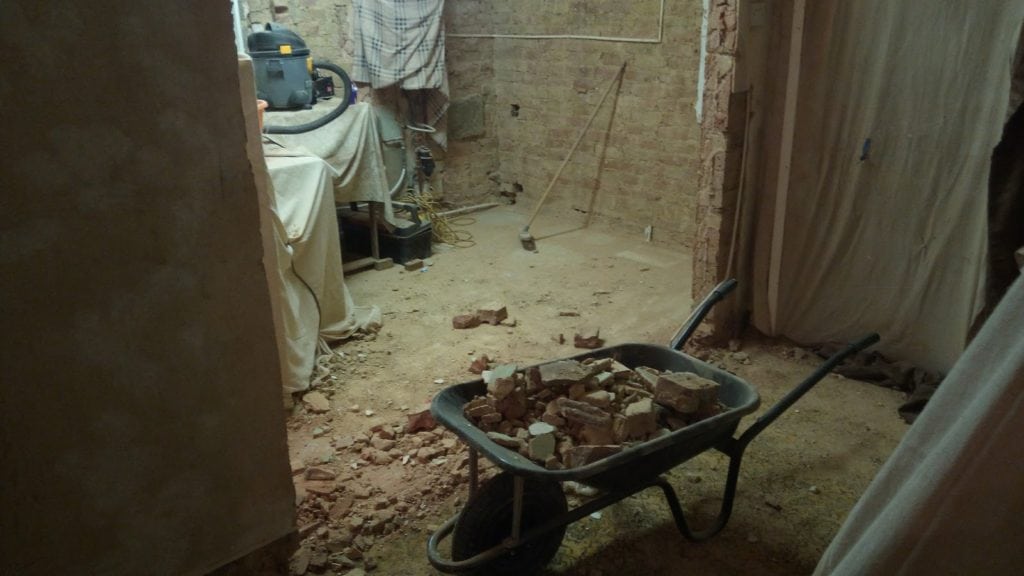 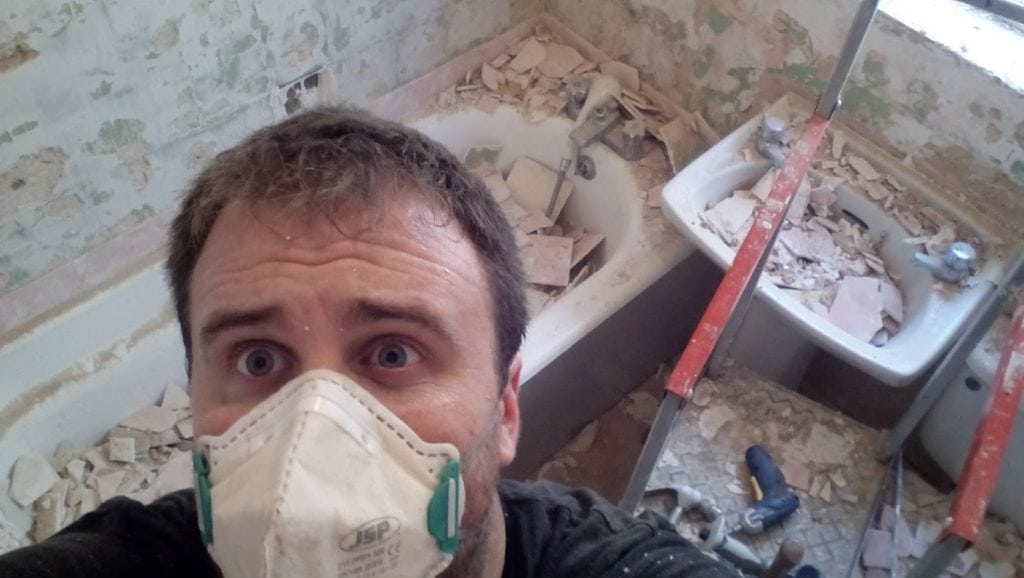 Someone in the 70s decided that pink-everything in bathrooms was a good idea. It wasn’t. 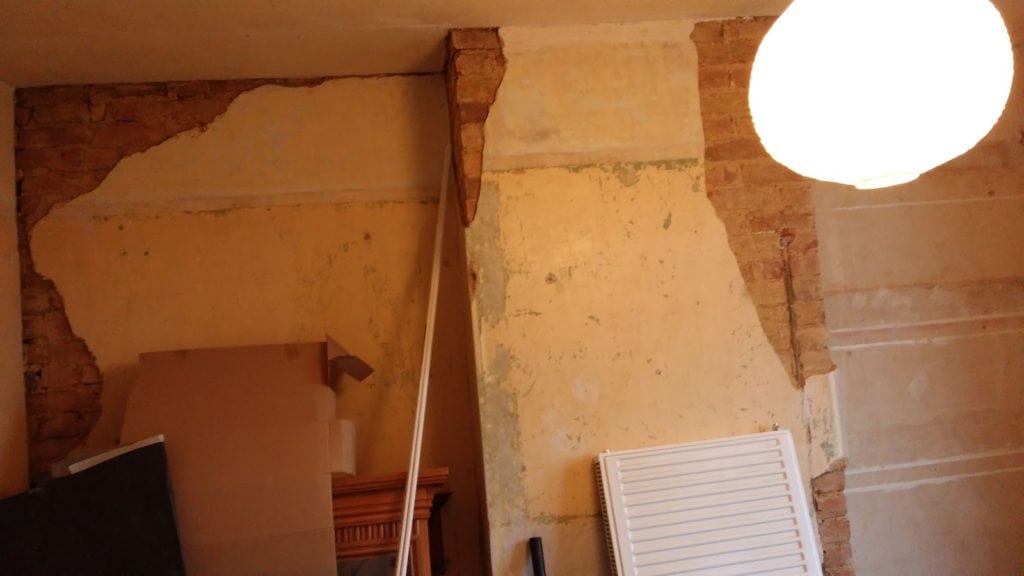 Nothing some filler can’t sort out

The Birth Of Chunk

Oscar (chunk) was born on the 2nd December, a couple of months after moving in. My wife tells me that this was the happiest day of my life, I nod and agree. What could be better than another food, money, sleep and time-consuming tenant in a house that’s falling down?

I joke, he’s a champ, but the timing couldn’t have been worse.

We spent the next few months living in different houses with different family members, just to keep the chubby baby away from the dust that the builders and I were creating whilst knocking down walls and generally smashing the place to pieces. 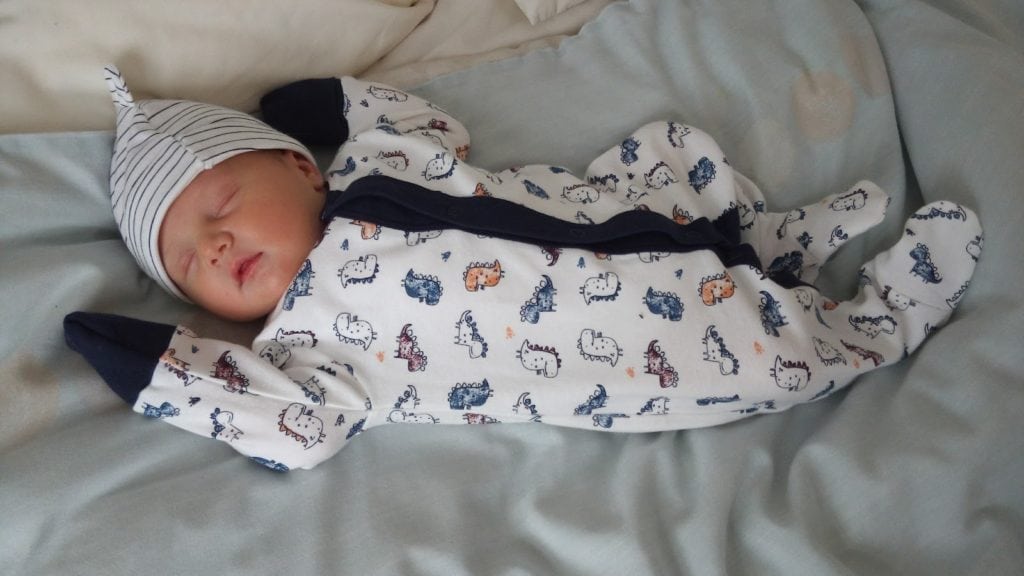 Things started to calm down once the real messy heavy work had been done, but then of course came the actual renovation work. We had moved back in but the ‘fun’ had only just begun.

All of this whilst trying to live there at the same time with a newborn – there was no chance of me blogging anything at this stage. 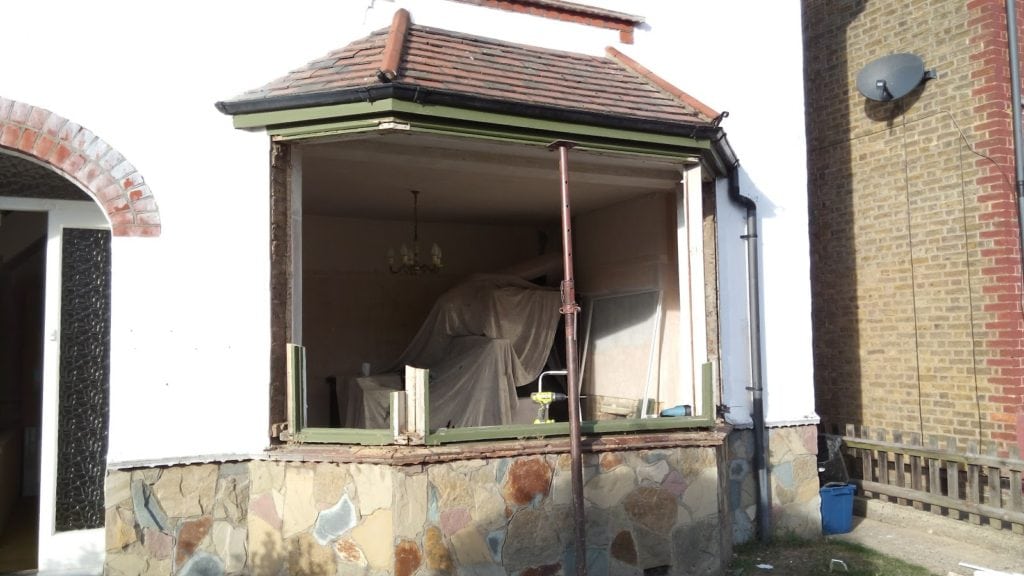 That crazy paving wall business – yet another 70’s fail I need to sort out at some point. 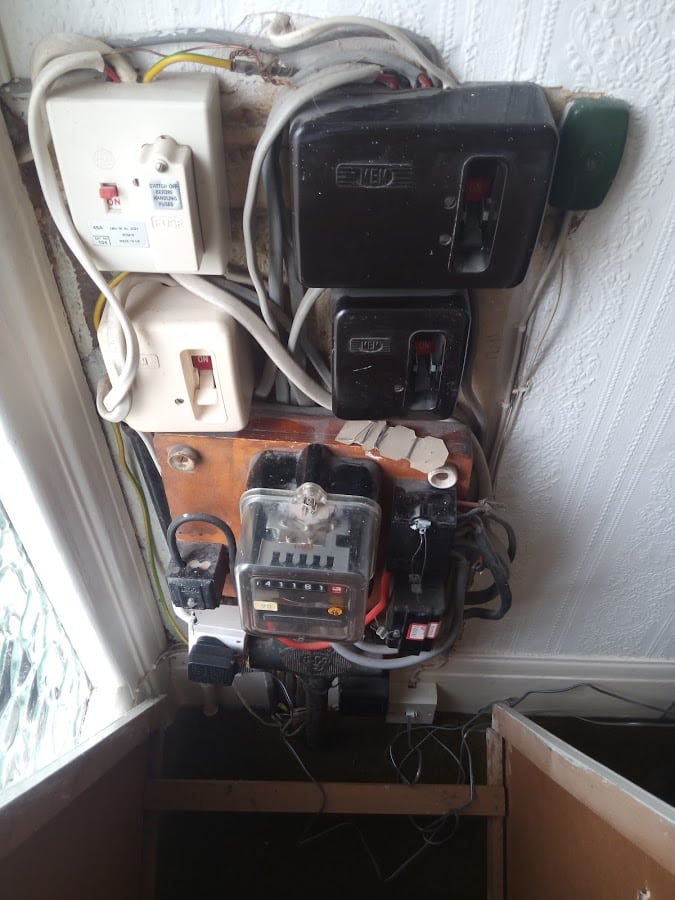