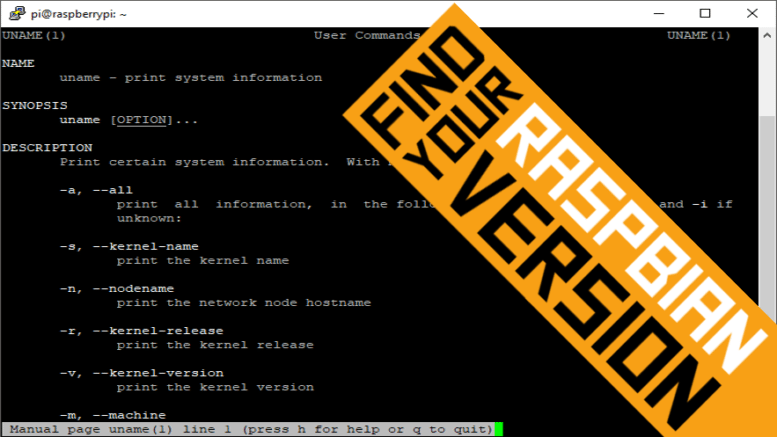 A few ways to find information on your Raspbian version

A quick tip for you today folks, to show you a few different ways to identify the Raspbian version you’re running on your Raspberry Pi.

I had to do a bit of troubleshooting recently as the latest version of Raspbian (Stretch) seemed to cause an issue with one of my SPI devices. My first step was to attempt to re-create the problem on an old version of Raspbian (Jessie), but I didn’t know which version each of my Pis were running.

After a few minutes of searching I found a range of different commands that all fetch information on your Raspbian version, and as always, I’m sharing what I learnt right here on my blog.

Here are your options:

The Uname method gives you the ability to choose what information you would like to display.

Use the command man uname to see the available options: 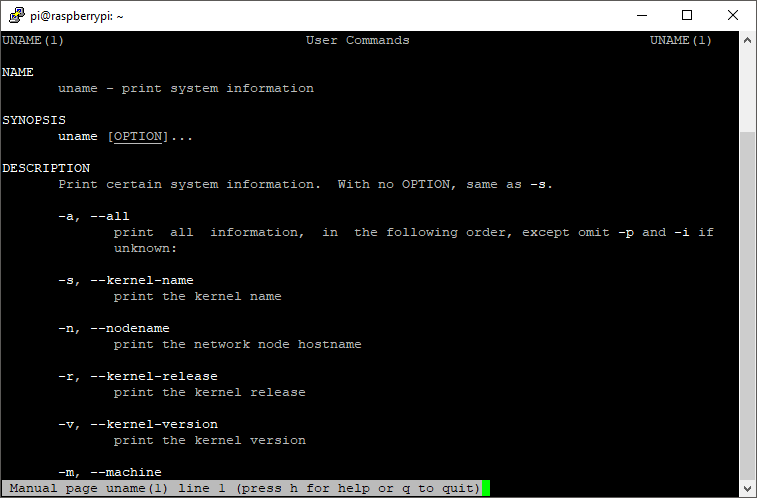 Use ‘man uname’ to see the available command options

Then enter the command with your chosen letter at the end. In the following image I’ve used uname -a: 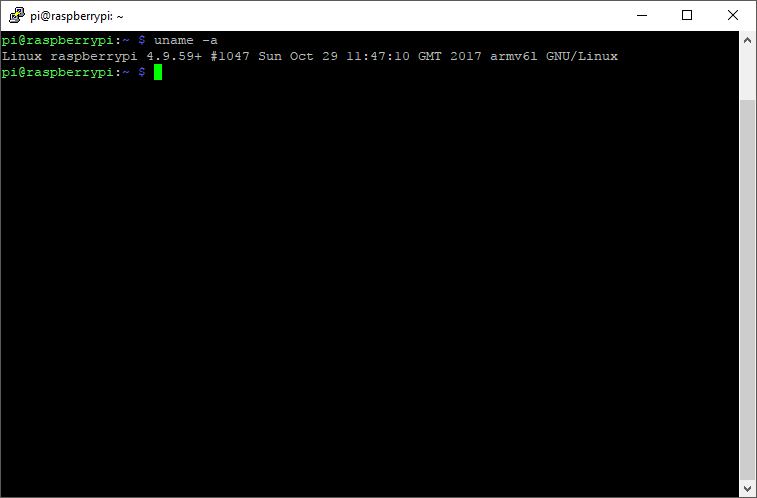 The ‘uname -a’ option

If you’re only after the Debian version number, just enter the following command:

This will show just the version number on its own: 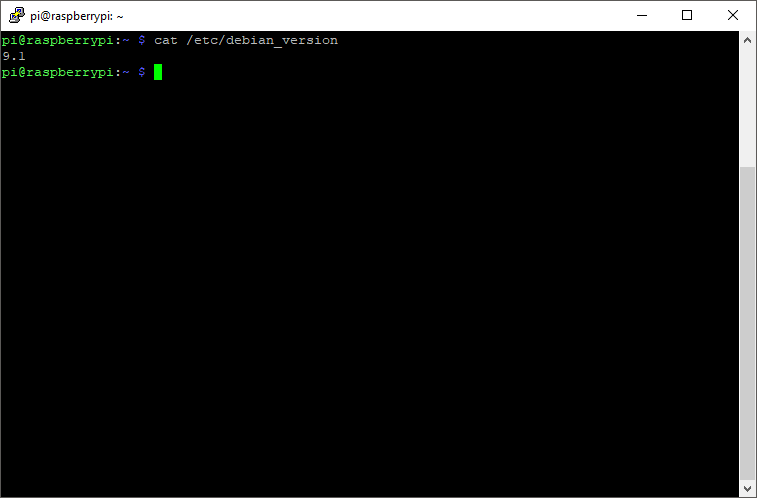 Use this command if you’re only after the Debian version

An option offering more comprehensive information is the os-release command, as follows:

This brings back most of the available information on your Raspbian version, however still lacks some of the detail of other options: 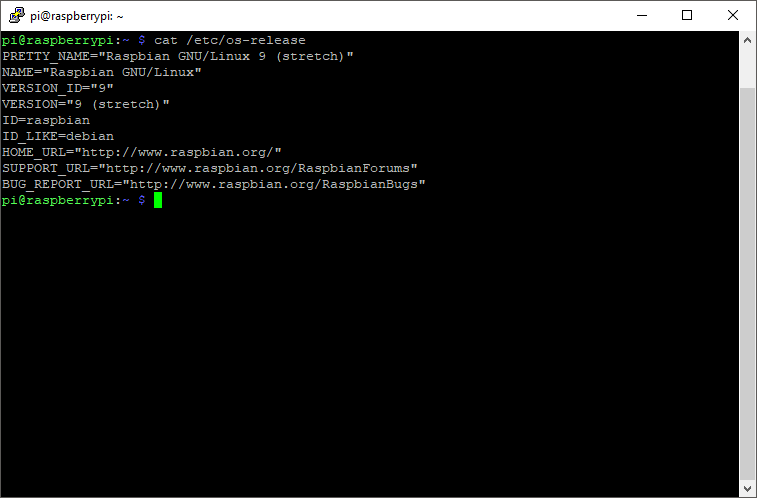 I probably won’t use this option much, as I have to confess that I don’t really know some of the things it’s showing me. However if you’re more qualified than I am (doesn’t take much), you may find this command useful:

Here’s what it displays: 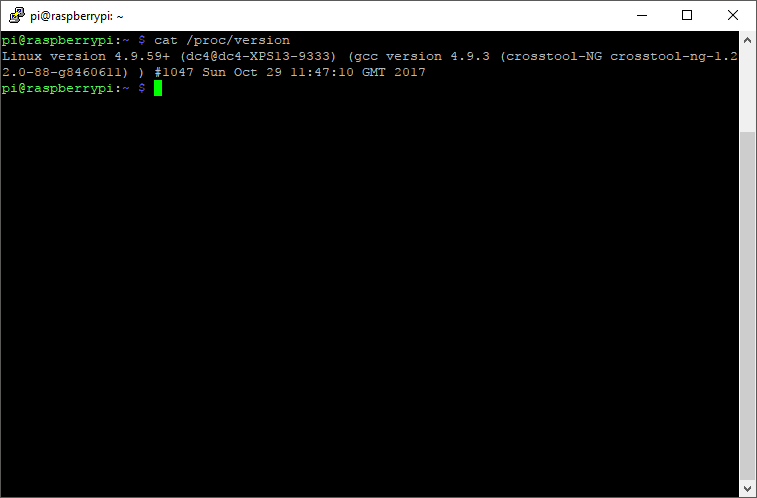 Last but not least, we have the lsb release option. It provides the version number and name in a clear and simple way, which is all I really needed for my SPI troubleshooting. Use the following command to try it yourself: 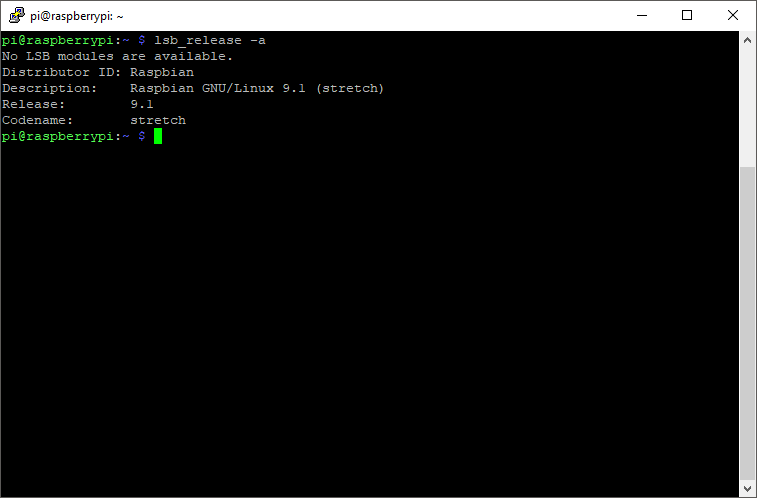 That’s about it for today, just a short blog to share my findings from this evening’s Googling. Hopefully it’ll come in handy for you some day.

Now, time for me to fix that SPI display!

2 Comments on "How To Find Your Raspbian Version"