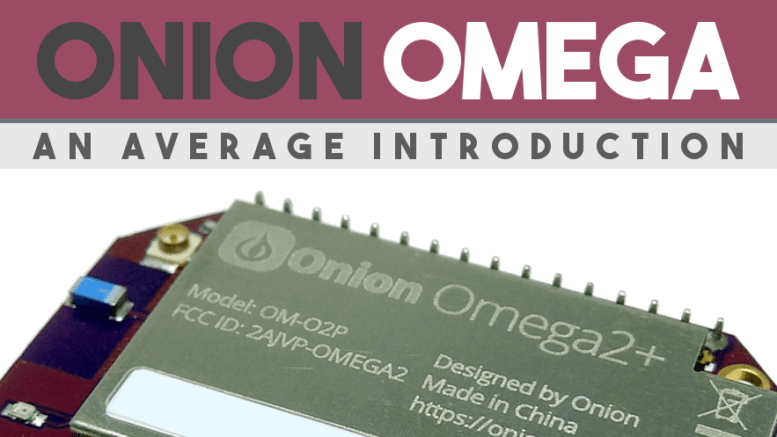 No tears: this onion won't make you cry

What is an Onion Omega? What does it do? Is an Onion Omega better than a Raspberry Pi? What code does it run? Does it have an operating system? I found myself asking all of these questions at the start of last week.

It was early in 2017 that my Omega was delivered (I backed the Kickstarter campaign), and since then I’ve not really taken it out of the box.

I eventually got round to it this week, so here’s my ‘Average Maker’ introduction to help you understand what this decent little board is all about. 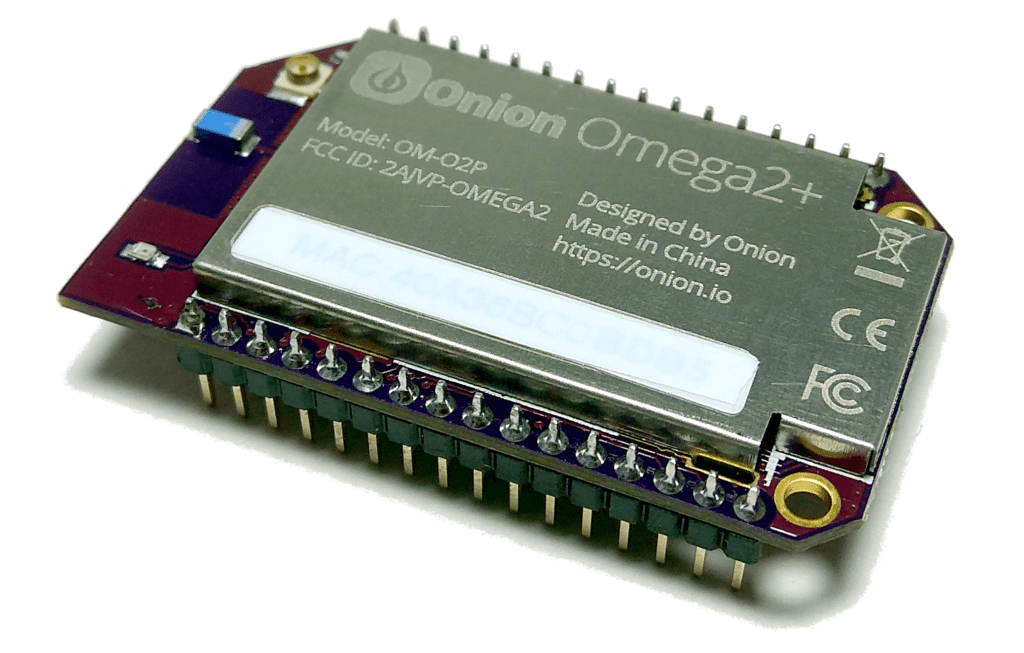 The Onion Omega 2 (Plus model). Looks like a massive sim card with legs doesn’t it!

Here’s a video unboxing, with a quick look around the board and dock. 60-seconds, as always:

What is an Onion Omega?

So what is the Onion Omega? Let’s give you a real quick summary of the key things you’ll want to know:

The Onion Omega is a single board computer that runs Linux, powered by a Mediatek processor, claiming to have the efficiency of an Arduino combined with the grunt and flexibility of a Raspberry Pi.

The Omega supports popular code languages that most will be familiar with – Python and C/C+ – as well as many others. 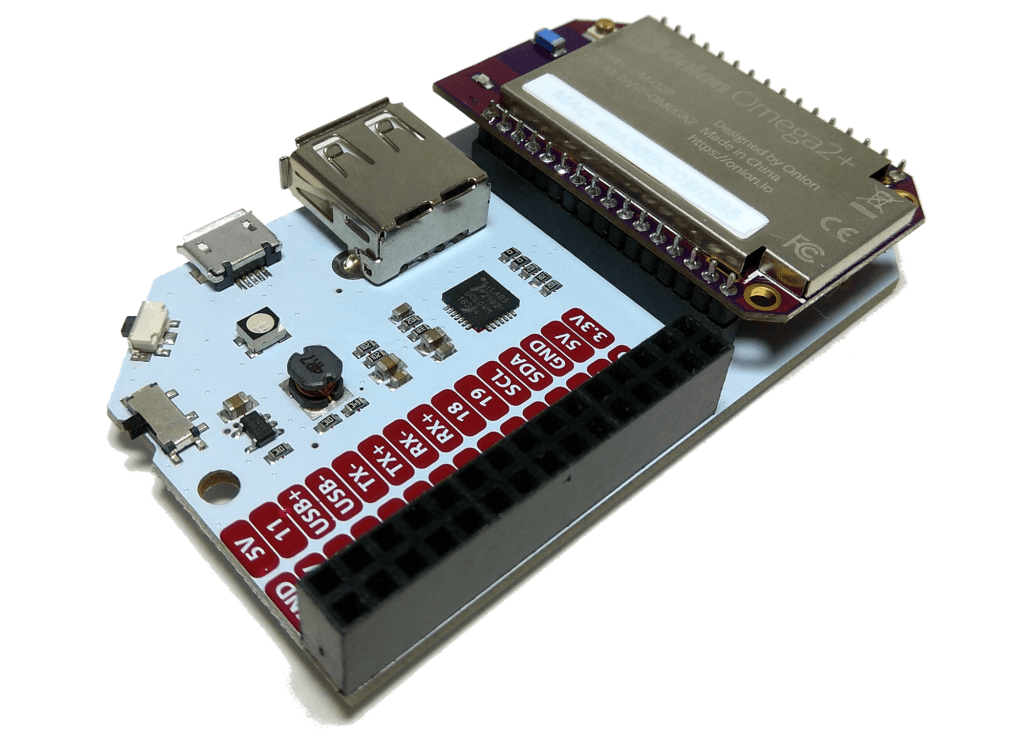 The Onion Omega sitting in the Expansion Dock. The Dock is essential for most users.

What can I do with an Onion Omega?

In terms of abilities, the Onion Omega offers a mix of a full operating system alongside a physical interface (GPIO), whilst running on reasonably low power combined with the added benefit of built-in WiFi.

All of that means you can make pretty much any project type with this board, however it perhaps offers a little bit of everything rather than trying to be the best at a specific task.

For example, let’s take a look at the two most popular maker platforms to consider “what it’s good at vs other boards”:

The Raspberry Pi will likely offer a better desktop experience due to the HDMI screen connection, faster processor, larger RAM and USB/audio ports. However, the Pi is larger and more power hungry as a result. It also doesn’t have built-in storage.

The smaller Arduino offerings will probably be better for mobile/wearable projects, and tasks that require accurate timing. However, Arduino boards don’t run a full operating system, and most don’t come with built-in Wifi, storage or USB ports (just to name a few things).

You see – the Omega fits in between these as a ‘jack of all trades, master of none’ option.

The middle: The Onion Omega is a little bit of everything.

Is it easy to set up?

Setup is a different experience to other popular boards in that there’s no direct screen/data connection to your PC – it’s all done over WiFi using your browser.

I’ll explain the ‘happy path’ here so you know what setup ‘should’ look like. I’ll then write a separate post about the issue I and many others have had with the board’s access point and how I somehow managed to fix it!

If you’re a Windows user, you’re instructed to install the Apple Bonjour service before doing anything. Apple on my PC – ergh! 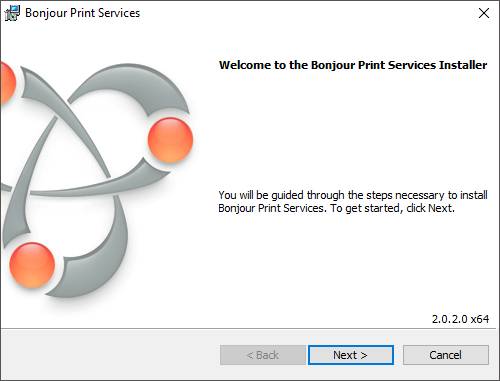 After installing Bonjour, you turn on your Omega and wait for its WiFi AP (access point) to show in your available WiFi list: 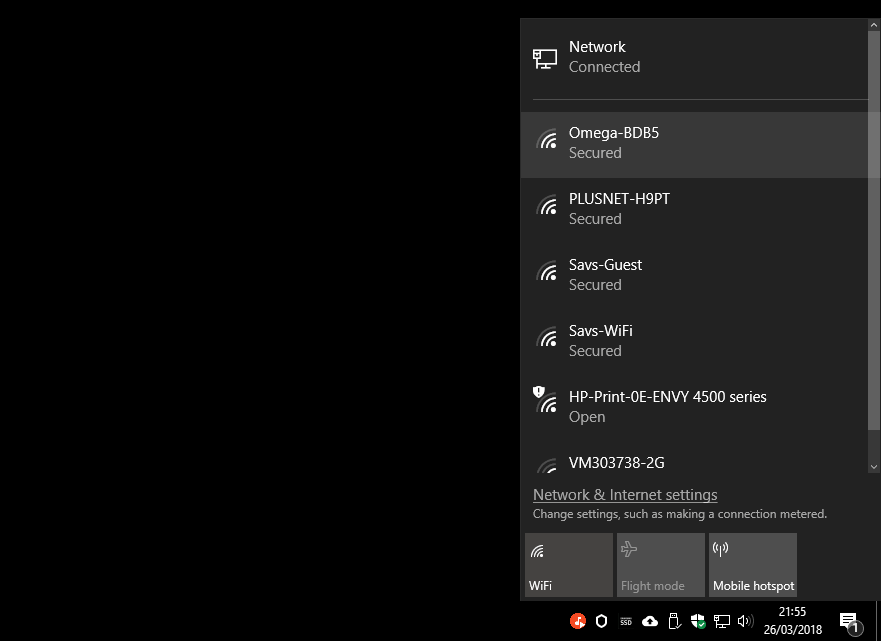 Once you’re connected to the Omega’s AP, you pump the standard IP address (192.168.3.1) into your browser, and are then presented with a very snazzy welcome screen: 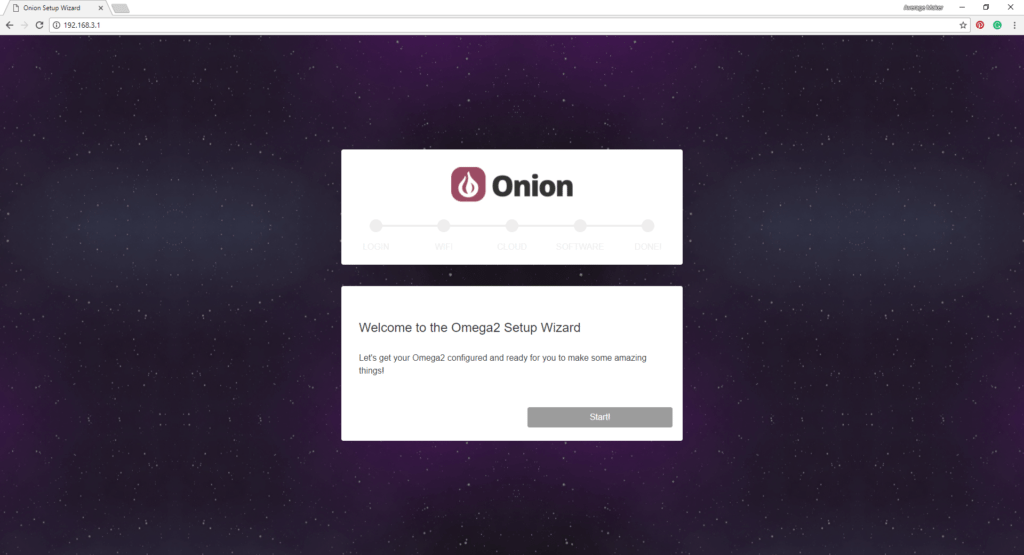 Clicking forward to step 2, it asks for your username and password. The default username is root and the password is onioneer . 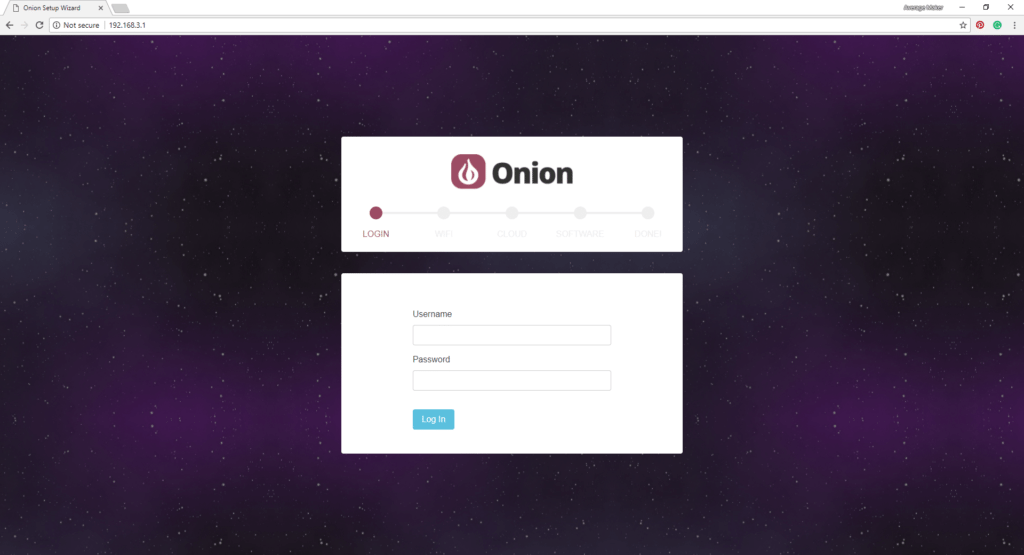 The next screen asks for a WiFi network to connect to. This is mandatory – some of you might not like that. Tap in your details and proceed.

Note: This is where the whole thing fell over for me after entering an incorrect password for my home WiFi network. It seems there’s no way back from that apart from connecting via serial to clean things out and/or flashing the firmware. I’ll write a separate post on that shortly. 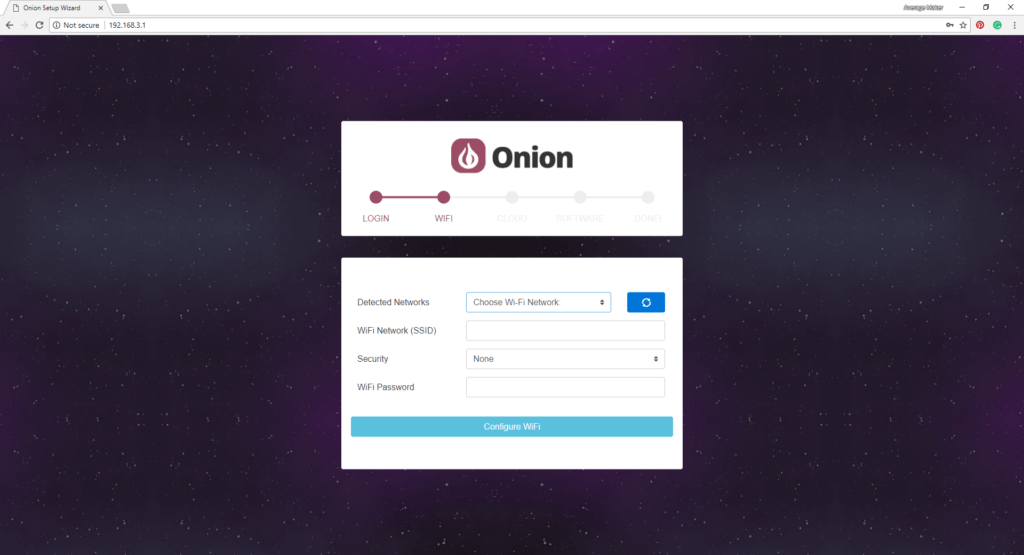 After you’ve successfully connected to WiFi, you’ll be asked if you want to set up an Onion Cloud. Skip this, you can always do it later.

Now the Omega will want to update itself and install ‘Console’ (a clever GUI tool). Pretty standard stuff, it takes a few minutes or more, so just let it do its thing. 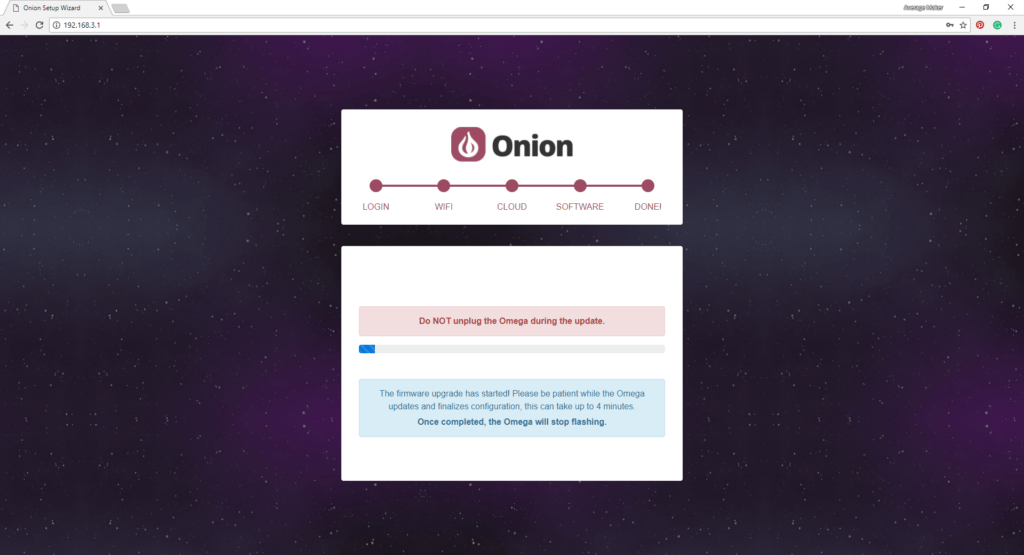 After the upgrade, the screen can be a bit confusing – especially if you looked away. Don’t worry, it’s the lower success message that appeared last, so you’re ready to use your Omega. 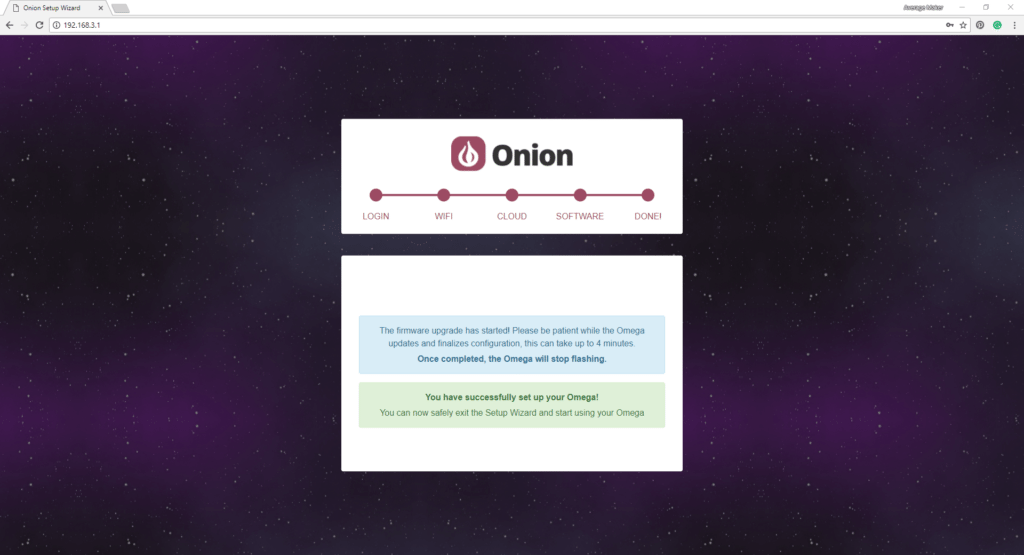 Un-plug your Omega and then plug it back in. It should be connected to your WiFi network now, so all you need to do is find its IP address.

I use Advanced IP Scanner (Windows) to see my network’s IP addresses, and my Omega popped up in a few seconds: 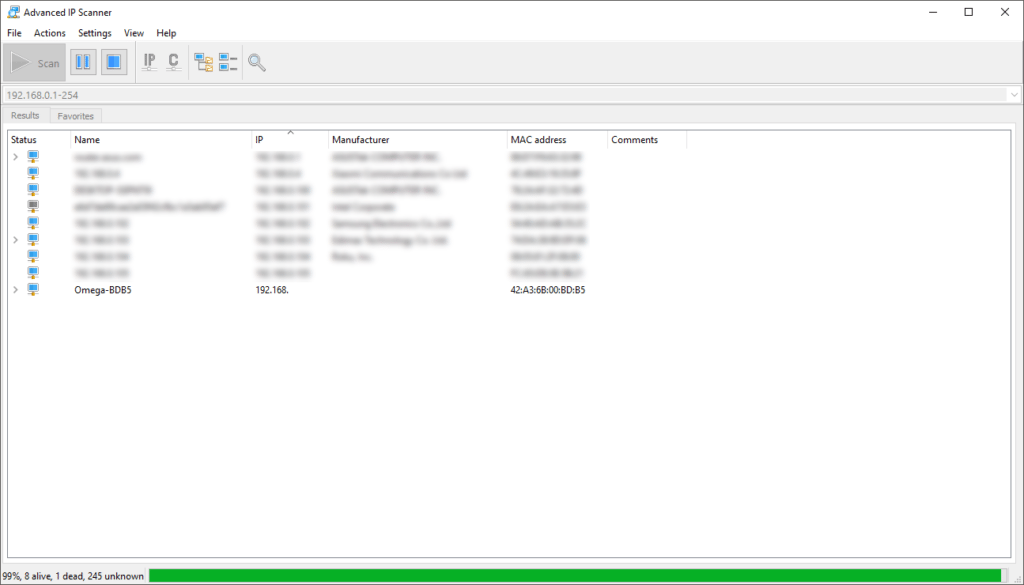 After tapping the Omega’s IP address in to your browser, you’re welcomed by the Onion ‘Console’. This is where you can edit settings, play with the GPIO, access the terminal etc. You’re in baby! 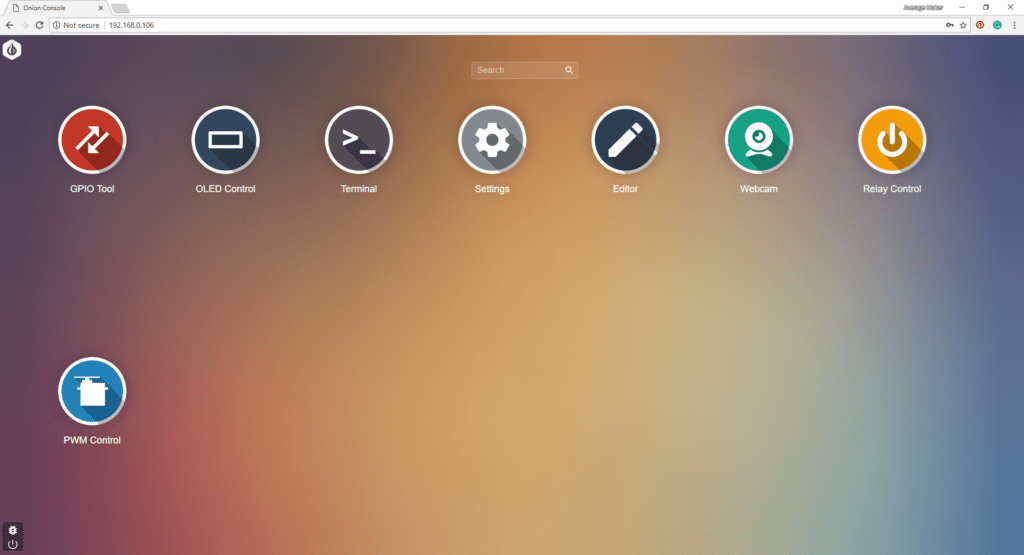 Which Onion Omega should I buy?

This is another one of those boards that comes in a couple of different flavours.

Here’s a comparison table I made by combining the published hardware specs from each board. I’ve highlighted the key differences:

As you can see, there’s 4 key differences; memory, storage, SD slot and price.

Where can I buy one?

These things are still kinda rare when compared to other popular boards, however they’re stocked by key stores around the globe – https://onion.io/where-to-buy/

Below are a couple of stores I’ve used and trust: 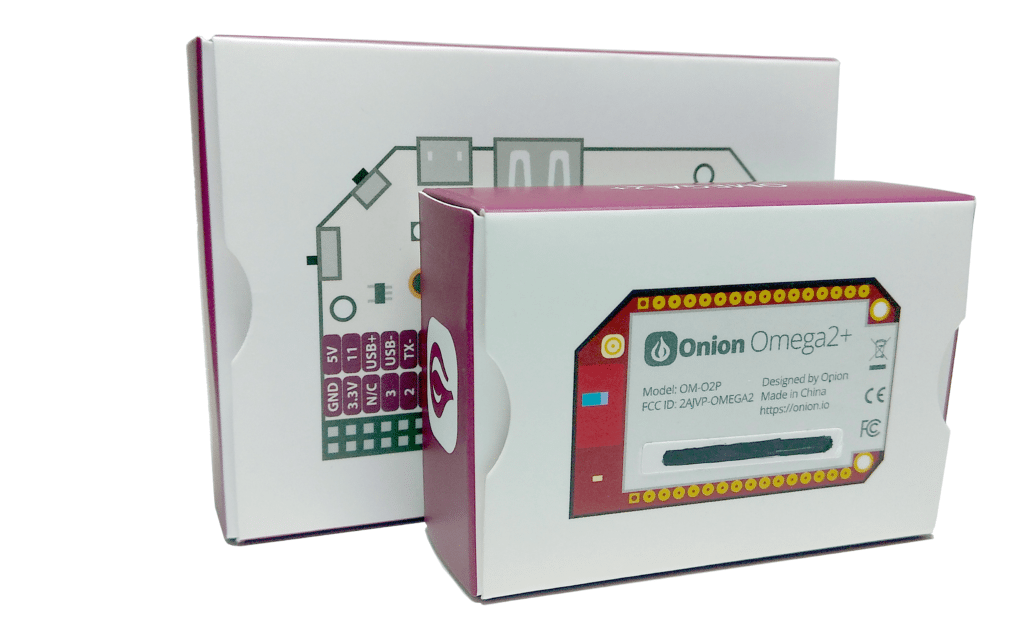 Whichever Omega board you buy, I’d recommend adding the expansion dock to your basket

So now you know

I hope that was a helpful summary of what the Onion Omega is, how it’s set up and its abilities in terms of making projects.

For me, understanding that comparison between the Omega and other boards was key, as well as just ‘getting’ the overall concept of how it works and what it can/can’t do.

I’m planning on making some projects with this board, so get subscribed and I’ll see you next time.

2 Comments on "An Average Introduction to the Onion Omega"