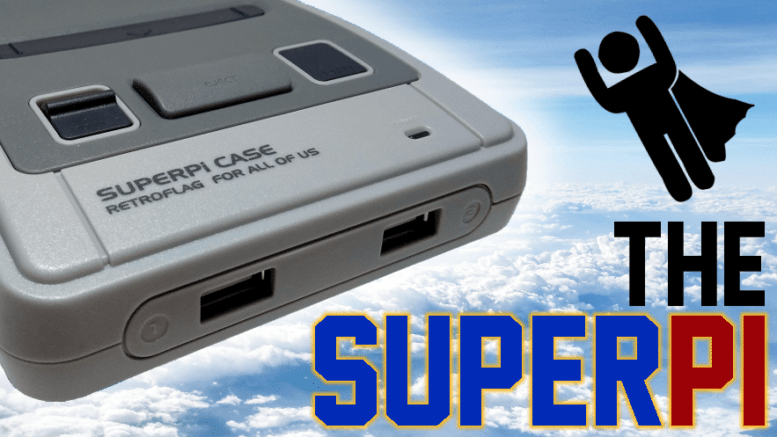 Back in April I wrote a post about a super cheap SNES style retro gaming case for the Raspberry Pi that I picked up from China for just $8. It was cute and did the job, but you didn’t get much in terms of styling and features.

This week I picked up another retro gaming case from the more luxury side of the retro case market – the Retroflag SuperPi!

If you’ve got a love for retro gaming and £30 burning a hole in your pocket, read on fellow button bashers…

Here’s a 60-second unboxing to show you around the SuperPi:

Pretty isn’t it – even the packaging is smart! If looks alone can’t tease 30 beer tokens from your wallet, perhaps its clever little features will?

My #1 moan about the Raspberry Pi is the way cables hang out from every direction. However, just like the original Short Crust case, the SuperPi has a PCB inside that re-routes ports to positions that just make sense. Controllers at the front, everything else at the back.

The SD card is also accessible from outside of the case. 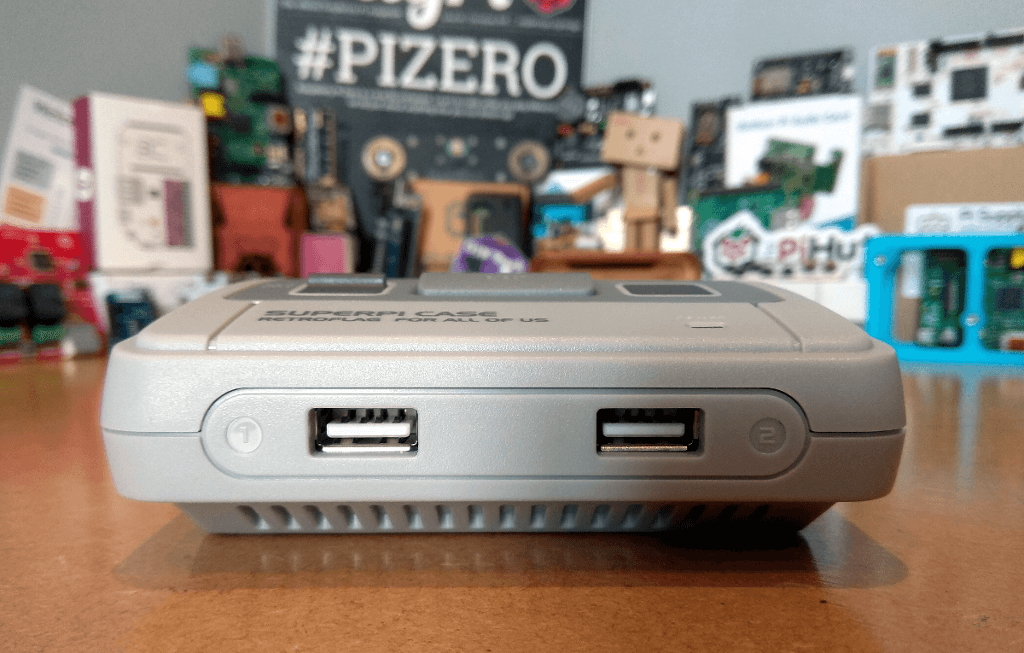 USB ports for controllers sit naturally at the front 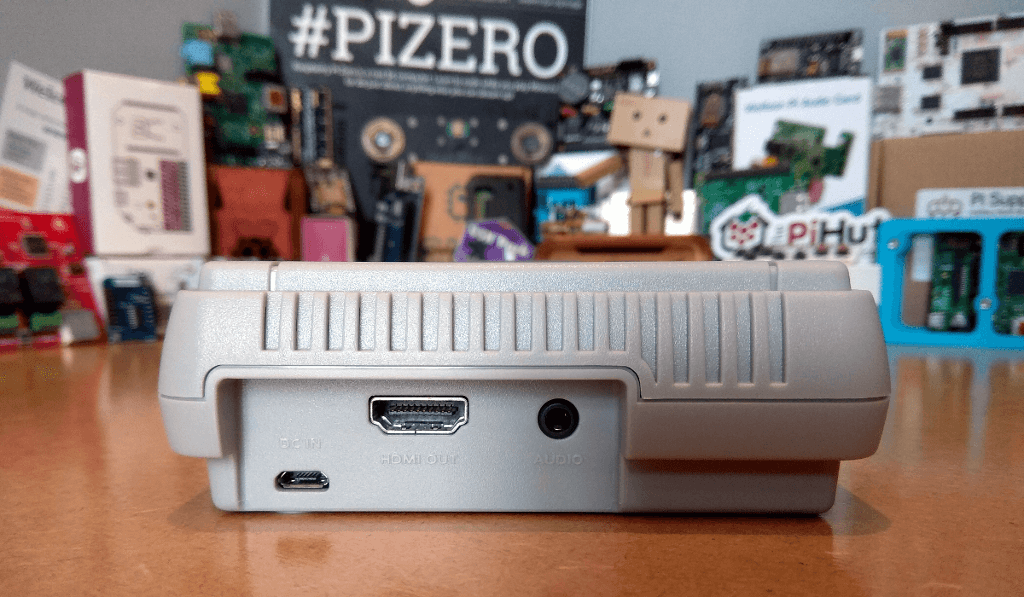 HDMI, power and audio are routed to the rear of the case via a PCB inside the board. It just makes sense!

Whilst you might not need more than 2 USB ports for gaming, and whilst Ethernet access probably isn’t essential, the folks at Retroflag still added an access flap to get to these ports without having to disassemble the case: 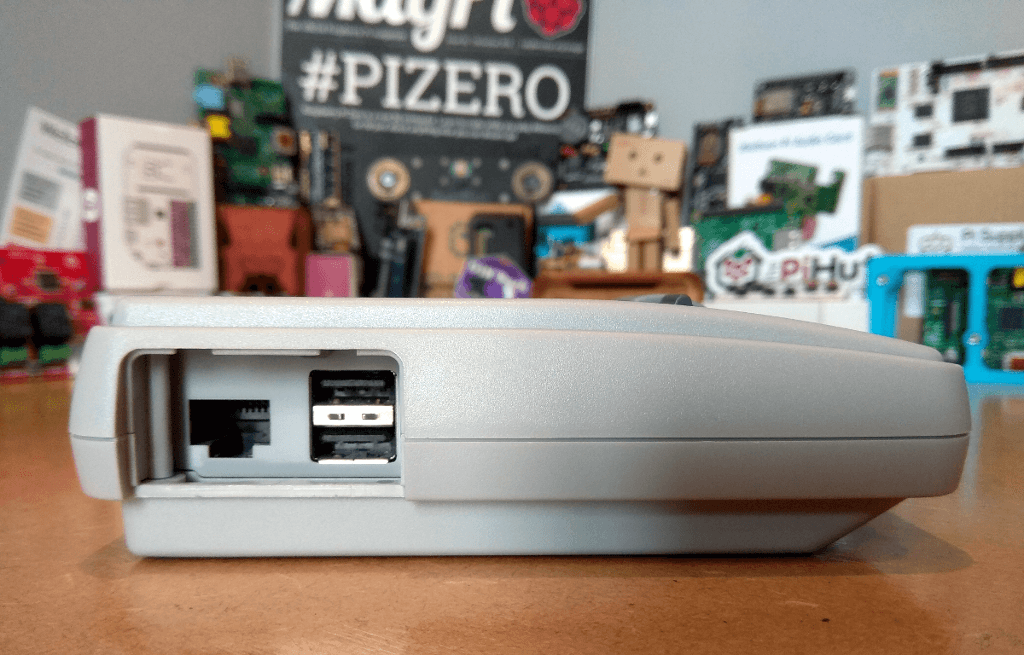 The buttons on the case actually work unlike the cheaper case options available. No pulling cables for you sir!

Not only that, they also offer ‘safe’ shut down and reset. That’s less of an issue these days as SD card corruption isn’t much of a thing anymore, but it’s nice to know you’re doing everything you can to avoid hiccups.

Power and reset buttons – just like the original SNES

One of my favourite features of this case is the smart use of what was the cartridge port on the original SNES console. They’ve turned this into a little storage section for putting your SD cards.

Handy if you want to run different emulation operating systems or even media centres from just a single Pi in your lounge.

Great use of the design here. Micro SD cards are so easy to lose. This also makes it easy to swap your Pi over to a media centre or similar.

I was a little surprised to see a premium case such as this not shipping with a fan included, especially as it has the mounts for one.

Regardless, many will want the option of adding a fan, and at least they’ve considered it in the design (I found a 30mm fan that will fit for £2). 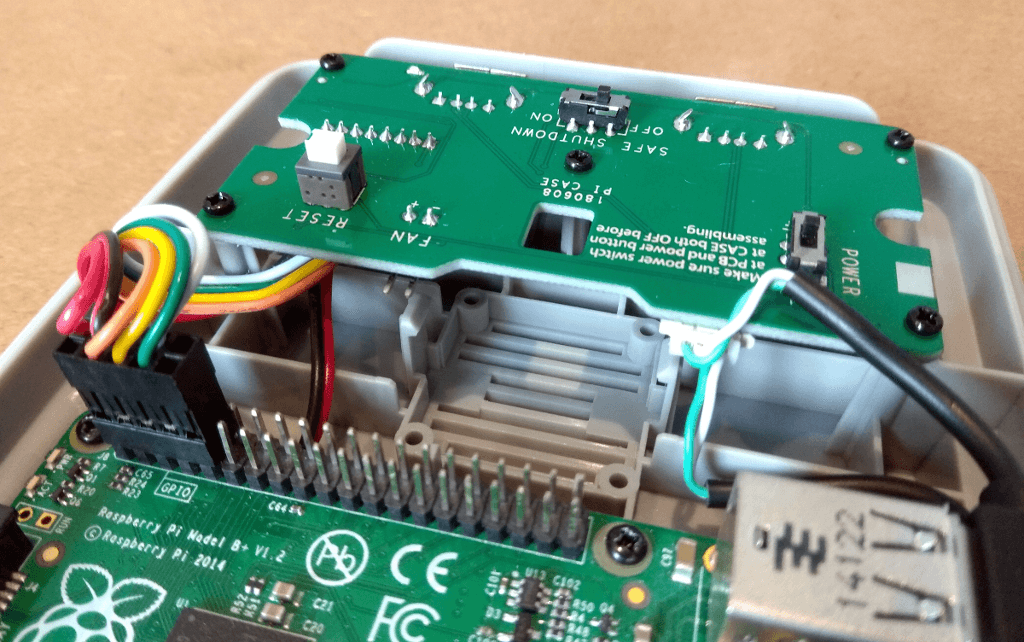 Yes, you can add a fan to this case, but it doesn’t come with one **grumbles**

The kit comes with one controller in the box (as this is the ‘deluxe’ edition) which is handy. That’s great if you’re a lonely hermit like me, however those looking for multiplayer tappy action will need to buy a second controller – about £6 from the PiHut. 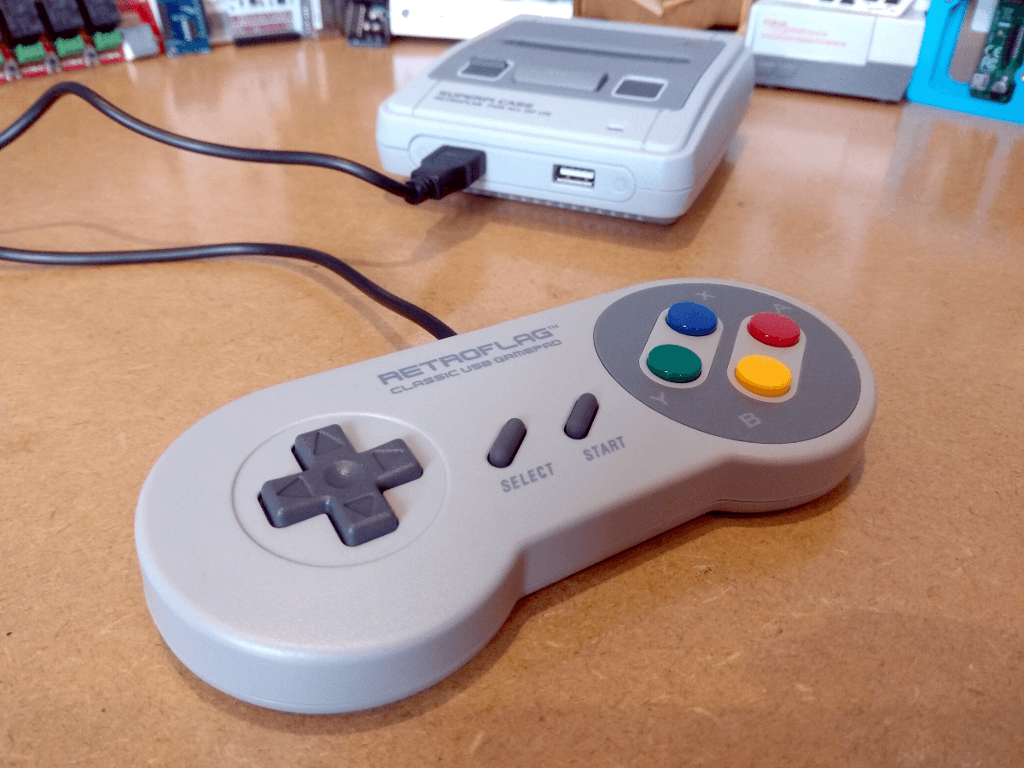 A Retroflag branded controller is included

Here’s the controversial bit – at £30, the SuperPi (deluxe version) costs almost the same as a new Raspberry Pi.

On one hand, it is one of the best looking (if not the best) retro gaming cases I’ve seen, it does come with nice features, re-routed cables and a controller in the box.

On the other hand, £30 is £30, so you may need to successfully complete some heavy negotiations with the wife to get your hands on this tidy piece of kit.

Be the first to comment on "SuperPi – The best RetroPie case yet?"