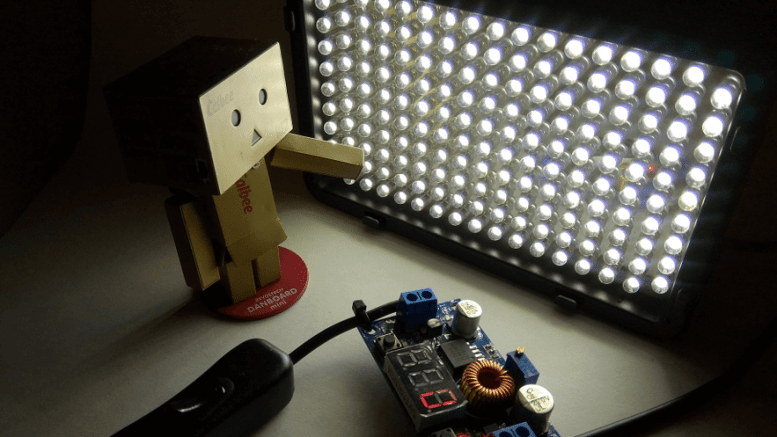 When I’m taking close-up photos for this blog, I regularly use my Scanlio mini photo booth.

It’s not bad for what it is – a few sides of plastic and a paper sheet through the middle. What’s really important is having loads of light beaming into it, otherwise backgrounds look grey and are difficult to edit.

For that I use a cheap 130-LED photography light from Aliexpress. It came without a power supply, ready to take a handful of AA batteries. This works fine, but they always die at the wrong time and/or the strength of the light is inconsistent.

I noticed a 9V female barrel jack connection on the rear of the light, so decided to move to mains power. I had no 9V barrel jack PSUs in my stash, so rather than buy a new one I decided to make use of a 12V PSU using a buck converter and some parts I had laying around.

Amongst my boxes of bits n’ bobs from over the years I found the following donors for this small project:

The main thing being re-purposed here was the PSU. I have so many old PSUs from phones, TV boxes and other devices that I no longer own. They come in really handy for electronics projects. 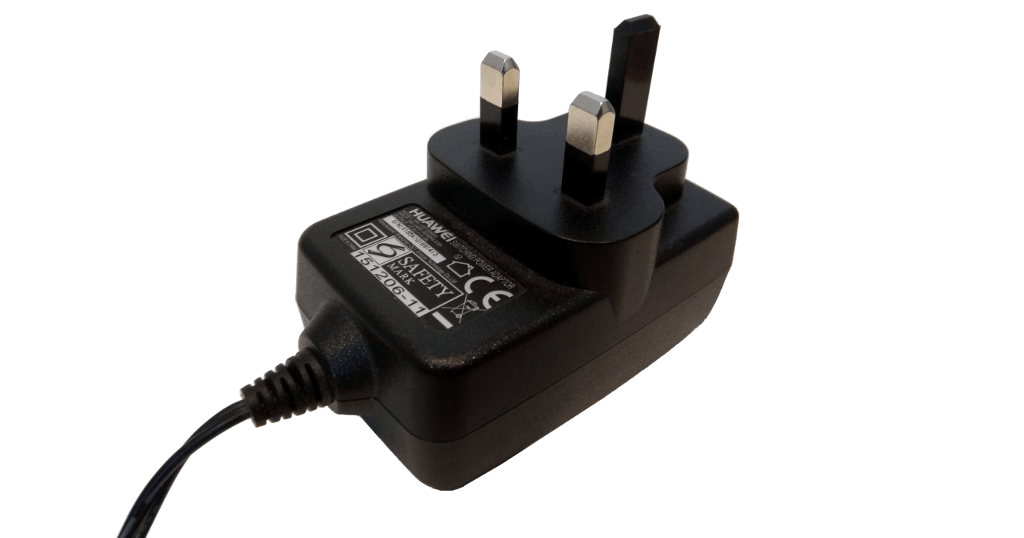 Never throw old PSUs away! This Huawei power supply was perfect for this hack

Changing voltages with a Buck Converter

The light wants 9V. The PSU offers 12V. That light is going to get pissed off if I try to give it 3 more volts than it was designed for!

In this situation we need to use a step-down buck converter – which lets you input a higher voltage, and output a lower voltage.

I had one already from my robot arm project to drop voltage down to 4-5V for servos. It’s the fancy type with variable output and a voltmeter on board, which is much more convenient than messing around with a multimeter.

Rated for input voltages from 4-38V – it was suitable for the job. 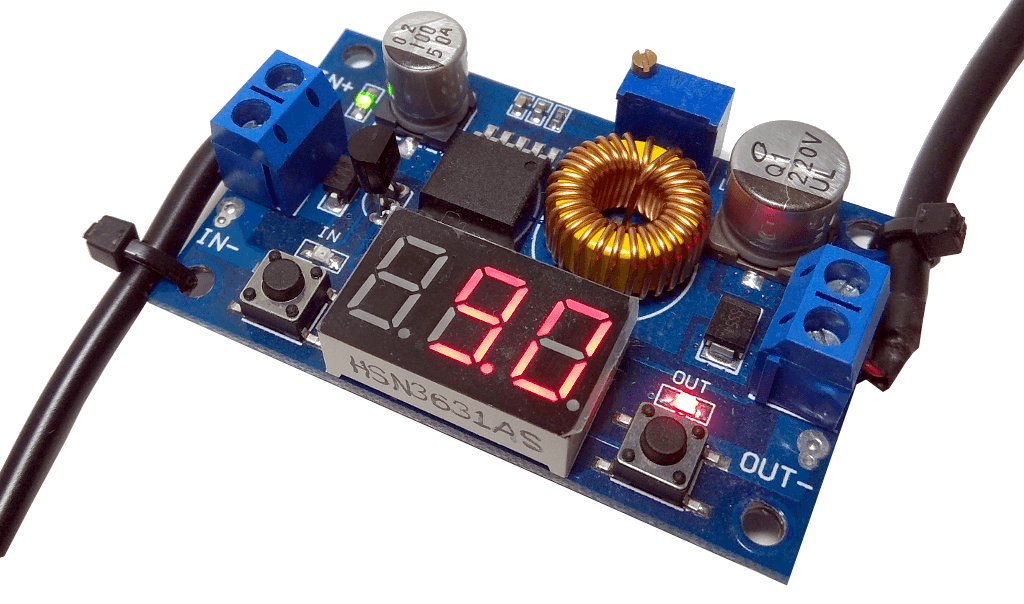 Use a step-down/buck converter to reduce voltages

The circuit is really simple:

The PSU already had a barrel-jack fitting which would fit into the switch cable, so no hacking required there. I then needed to get a bit snippy with the remaining parts:

To make sure I didn’t accidentally send 12V to the light, I kept that side unplugged and just ran the PSU into the step-down converter. 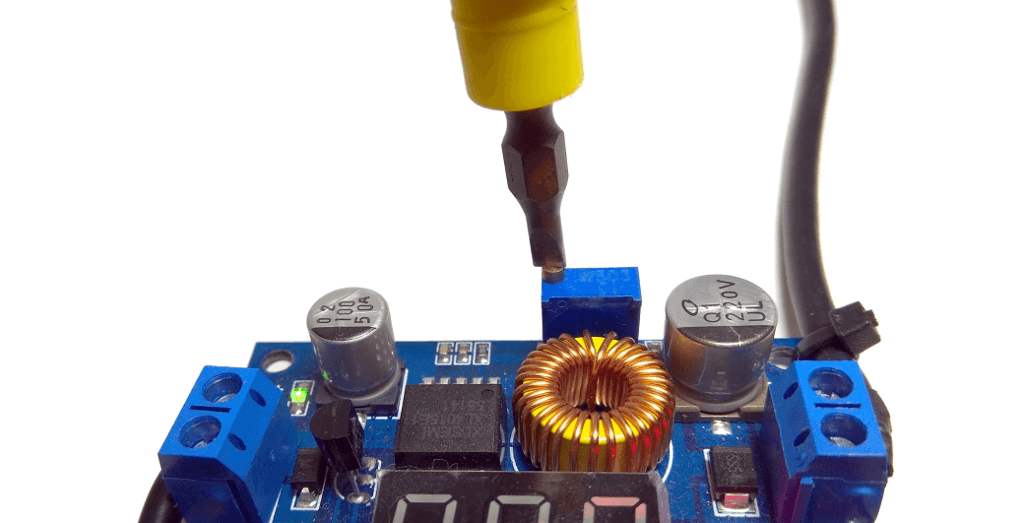 These modules make it really easy to set the output voltage. Turn the potentiometer and watch the numbers on the display. Easy.

Once I was happy with the output voltage, I plugged the light in – done! 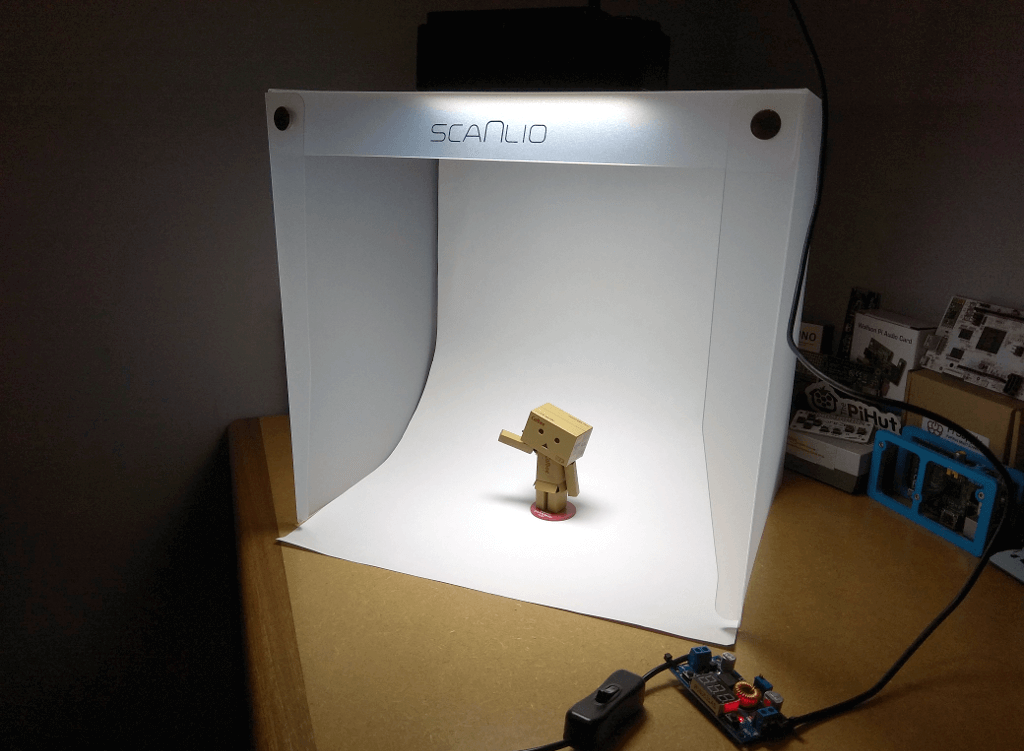 This wasn’t a complicated or time-consuming project, and was perhaps a bit more of a bodge than I would have liked, but I had to share it as it was a really handy hack. If you haven’t played with a buck converter yet, they’re really easy to use and great for all sorts of projects.

I’m not entirely happy with the exposed nature of this one, so I will be encasing the converter and mounting it to the side of my light box soon.

I found this really nice one on Amazon which comes with its own box, but it’s about double the price of the unit I bought previously:

Have a great weekend y’all.