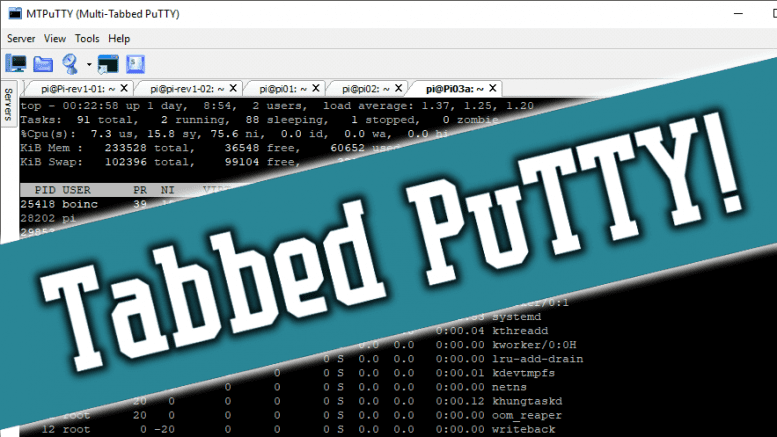 I very rarely use a monitor to view the full-fat desktop interface with my Raspberry Pis. I don’t use any of the applications or the web browser – I just use them to make projects.

For those that don’t know, this is referred to as a ‘headless’ setup. Most headless users will simply access their Pi’s terminal using SSH, which is exactly what I do with my preferred application ‘PuTTY‘.

PuTTY gets the job done – it’s not pretty but it works. However, one gripe I have is having to open separate instances of PuTTY for each Pi I want to connect to.

You know what, someone should develop some kind of tabbed PuTTY application…oh wait…here’s one now: MTPuTTY!

So there I am fannying about with a stack of Raspberry Pis testing if they can crunch numbers for [email protected] (blog on this soon once I’ve set it up properly – subscribe to be notified): 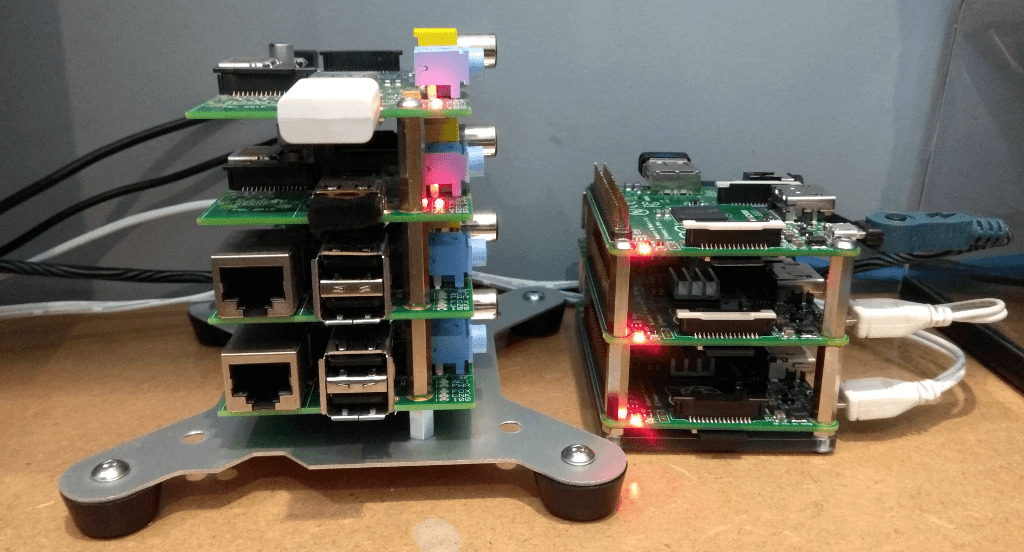 I get 5 of them up and running but I’m well aware that my projects have a tendency to fail. I decide to log in to each of them every day to make sure they’re still working.

Every day – 5 ugly PuTTY terminals to open and then run commands – it got a bit tedious. So I started looking for some kind of alternative.

Enter MTPuTTY (Multi-Tabbed PuTTY). I found this on Google suggesting it was pretty much just a tabbed version of PuTTY, so I gave it a try. 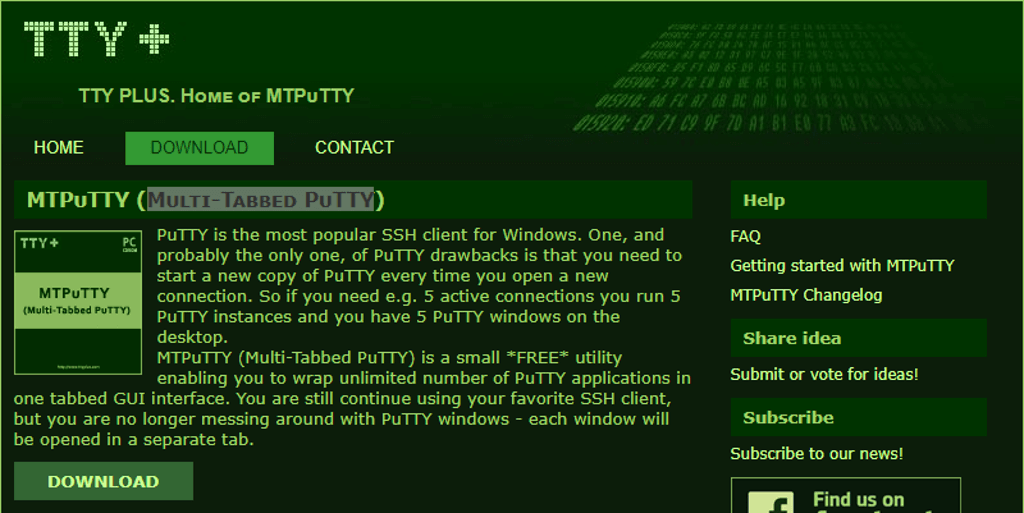 What a find! It turns out that MTPuTTY is the daddy, and it’s the daddy for two reasons.

The first reason – and the functionality I was looking for – was the ability to have separate terminal sessions as tabs:

Just like PuTTY, MTPuTTY also lets you save details of a device (‘session’) to open again later on, which saves you typing in IP addresses every time. I’m monitoring 5 Pis so far, so I saved them all then just double-click each one to open a tab.

Clickety-click and all my tabs are open. It’s marvellous!

So I’ve now got 5 terminal sessions open in tabs, but I’ve still got to undertake the soul-destroying task of running through each one, typing in ‘Pi’ and my password just to get the party started…right?

Wrong! MTPuTTY has a ‘send script’ button which will change your motherfudging world.

You click the button, type in a command (for example, ‘Pi’ + ‘enter’) and send it to all of your tabbed sessions at once.

It fires that command off, and every Raspberry Pi now has the username entered and is waiting for the password. So I send a second script command with the password+enter (as they all have the same password). You guessed it – I’m now logged in to all my Pis!

You can even do it all in one hit by adding a delay to the script using ‘###_SLEEP:nnnn’ (where nnnn = milliseconds) and then following up with the password. 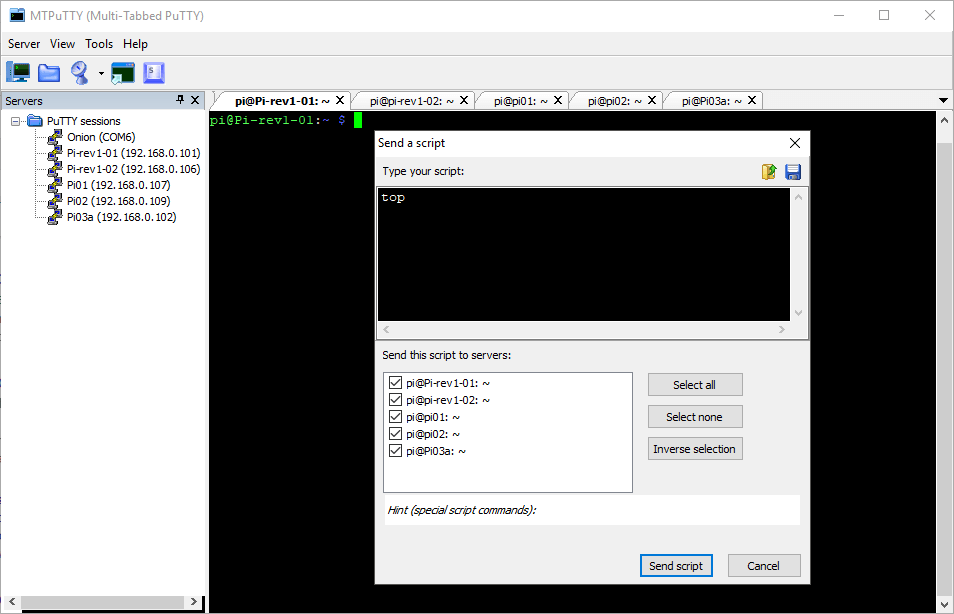 I told you it was the daddy!

So that’s it, just a short post today. Remember that you need to have PuTTY installed first as MTPuTTY runs off of it.

I just had to share this one as it’s something I wish I’d found years ago. Enjoy!

How To Find Your Raspbian Version