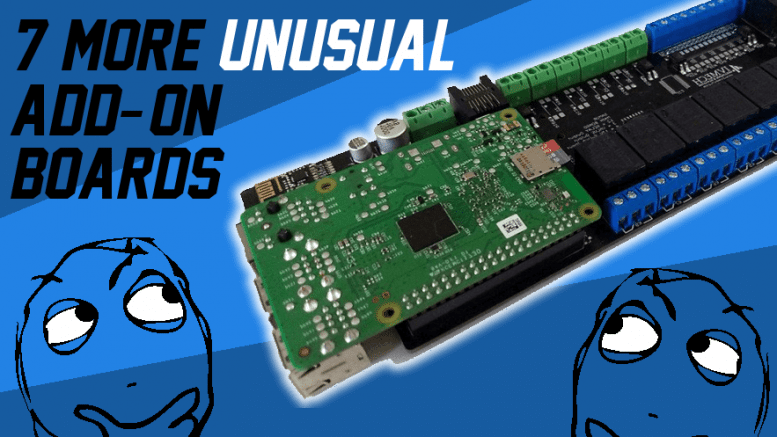 We're back for another odd number of oddities!

I wrote a post a while back called “7 Undiscovered Add-On Boards For Your Raspberry Pi“. It was a mash up of a bunch of odd and unknown add-boards to use with your Raspberry Pi, which I had come across whilst looking for ways to waste my money on electronics.

You guys seemed to enjoy that bundle of freakish finds, so I thought I’d return for another round!

Very rarely does the Raspberry Pi and cool things such as the electric guitar come together, but when they do – my my, it’s beautiful!

The Pedal-Pi is an open-source guitar pedal that you make and program yourself, which uses the Pi Zero as a brain. The kit is made up of entirely through-hole parts, making it easy for beginners to solder it all together.

If you’re a lazy coder like me, there’s even a whole bunch of ready to use effects on their forum.

Kit options available from ElectroSmash from £9.95 for the PCB to £49.95 for the full kit.

And then one day, nerds and coolness merged for the first time in history! (Image: ElectroSmash)

Who needs a smart meter when you can make a…smart meter?

Ok, if you’re living in the UK like me, this one won’t be as attractive considering that smart meters are being rolled out across the nation. However, making something that already exists has never stopped us before right?!

The SmartPi 2.0 uses current clamps to measure how much juice you’re using, which can show current and voltage readings. The clever software then allows you to view this information in a number of ways, including on your smartphone.

You don’t even need an external power supply for your Pi – it takes that from the ‘voltage measurement path via stable terminals’ (‘magic’).

Personally I won’t be going anywhere near my home’s power supply with my amateur electronics and shakey wet hands. I guess it’s not strictly an add-on board either (more a board connected with some wires), but it’s random enough to join this list. 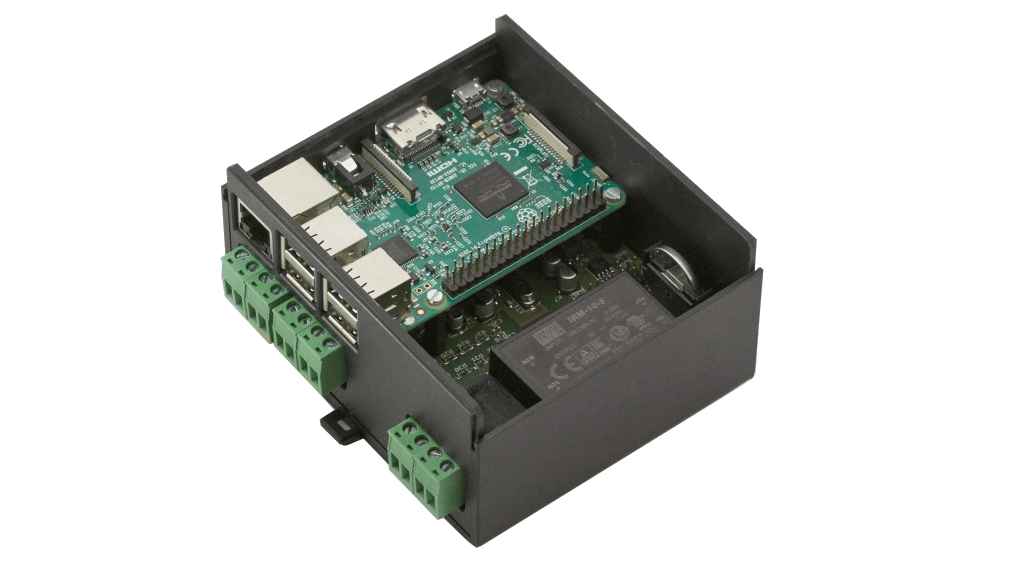 Not strictly an add-on board, but it feels dangerous enough to take a seat on this list! (image: Enerserve)

I featured these Shenzhen bad boys in the last ‘weird boards‘ post, with their X5000 add-on boards.

I thought the X5000 was mad, but it’s nothing compared to one of their latest creations – the X10. It looks so beefcake I almost don’t care what it does, I just want one!

The X10 is another high-performance Raspberry Pi DAC, just a lot more badass than the last one.

I’m no expert on audiophile equipment/components, but the listing looks impressive in terms of the brands mentioned and….well just look at it! Look at the size of those capacitors!

Available from Aliexpress for around £100. 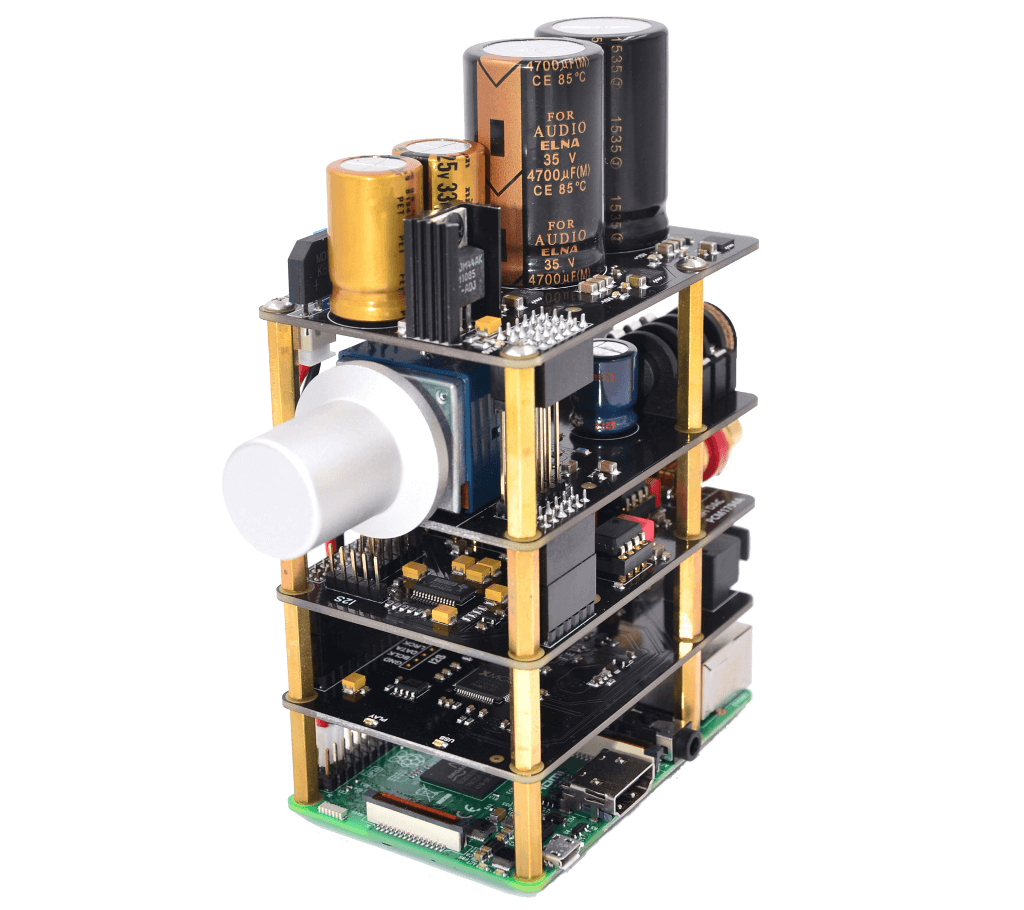 Oh what an odd looking thing this is!

Longer than a babies arm, the Samur Mainboard is somewhat outside of the usual Raspberry Pi HAT spec.

This lengthy beast is intended to be used as a smart home controller of sorts. The various relays, inputs and outputs allow you to hook up all the snazzy kit a ‘smart home’ contains – door/window/motion sensors, smart lighting, switches, boilers, thermostats, motors and more.

I like the idea, and i’ll assume that it’s a lot cheaper than the branded retail options on the shelves – and hey – if it doesn’t work out, it’ll double as a robust cricket bat.

Available from Tindie for around £75. 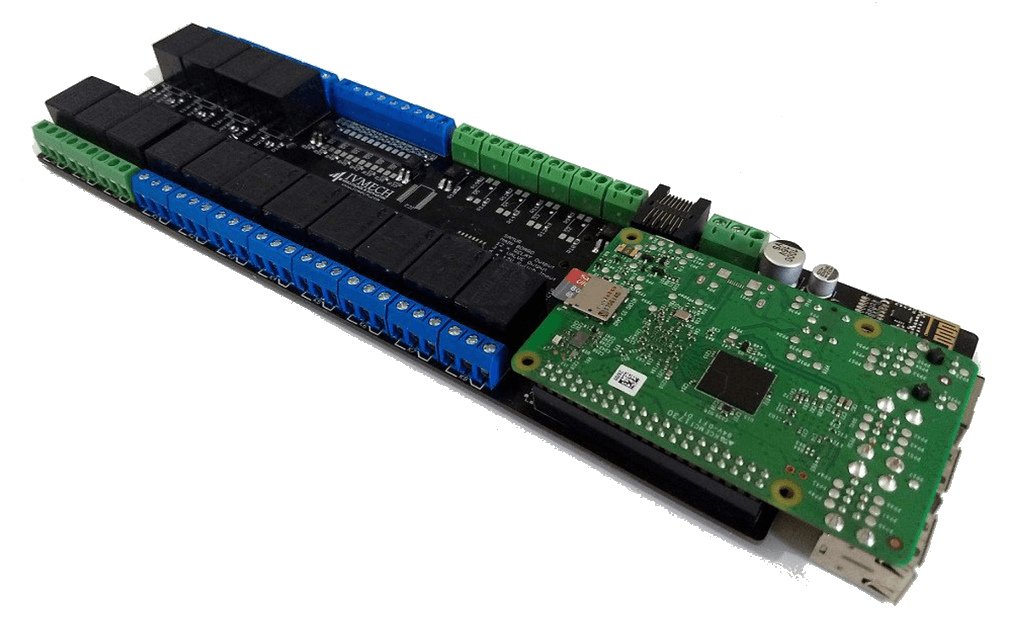 4 microphones, 1 HAT. Sounds like a naughty film from the internet – but no – it’s a really cool understated add-on board for your favourite green microcontroller.

The ReSpeaker is designed to allow you to make your own voice control projects, and yes we’re all thinking of Amazon Alexa here, especially considering the board has a ring of LEDs on top.

For a simple-looking board, it’s actually got some real clever stuff going on inside. The ADC used, combined with the quality microphones, can clearly detect what you’re saying and the direction of where you’re saying it, and then process the keywords (as well as a load of other cool stuff).

You’ll have to add your own speakers if you want it to talk back to you, but there’s also grove connections for adding (really expensive!) components to your AI project.

Available from The Pi Hut for £23.

The ReSpeaker doubles as a coaster when not in use…maybe (Image: ThePiHut)

Nope, this isn’t a board for hooking you up with 1999’s favourite rapper Earl Simmons – this is the stage lighting & effects meaning of DMX.

The Netherland-based Bitwizard store is selling this interesting add-on board to allow you to use your Raspberry Pi to control lighting.

The store website doesn’t tell you much, and the information website tells you too much – maybe you have to be into this sort of thing to understand how it all works!?

I thought it looked interesting, then I entered a world of confusion trying to understand it all!

I don’t understand how to use it, but at least it looks interesting (image: BitWizard)

I can’t remember the last time my hometown of Southend-on-Sea experienced an earthquake, but if you live on a continent with shakier plates than a Greek restaurant – take a peep at this.

The Raspberry Shake (great name) add-on boards can detect all of those unwanted earth movements – both natural and man made – such as earthquakes, fracking, explosions, eruptions, avalanches, landslides and the Germans invading again.

That’s a lot more impressive than the LED projects most of us have been working on huh?! 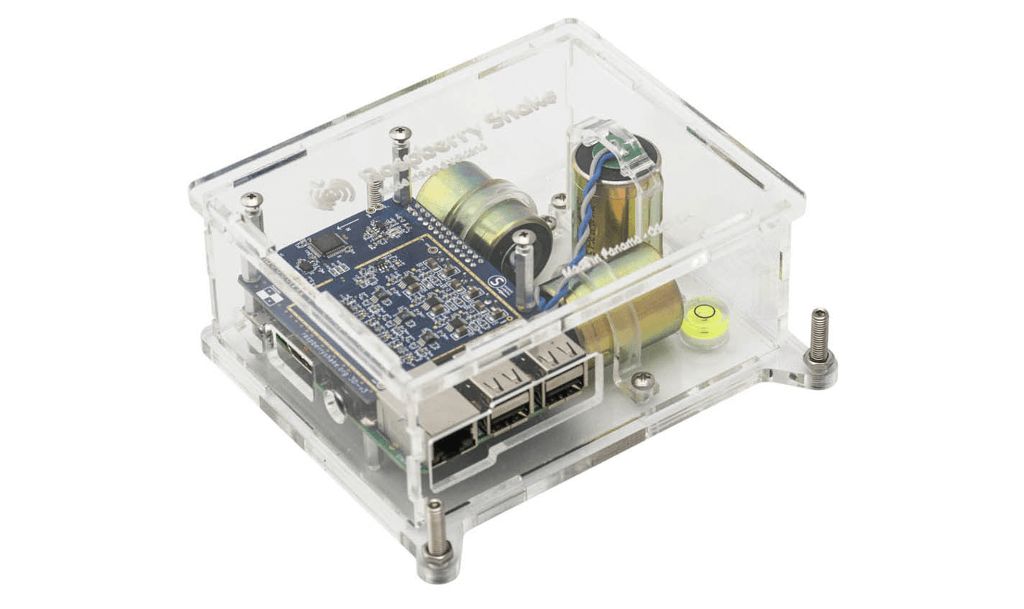 Question is, what do you do if this thing goes off?

I’ll be back again with more strange Raspberry Pi add-on boards from around the world soon.

Want more? Head back to part 1 for more weird add-on boards for the Raspberry Pi!